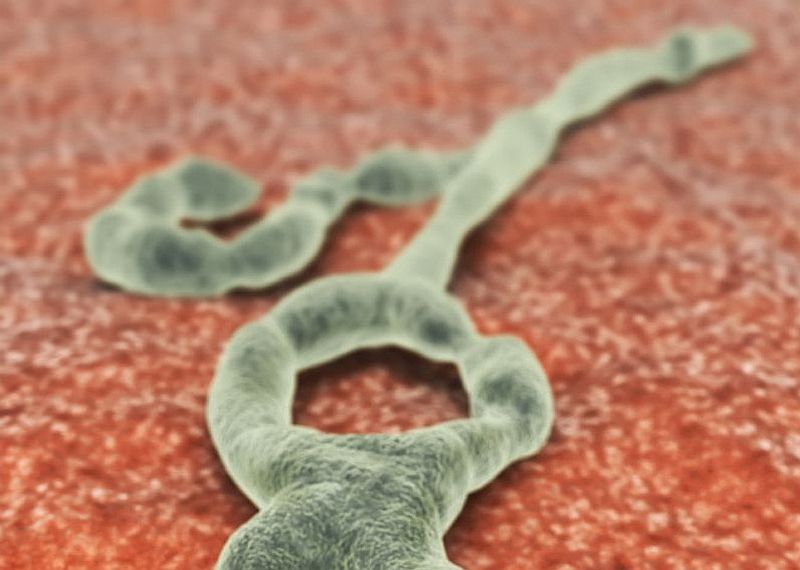 WEDNESDAY, Sept. 18, 2019 (HealthDay News) -- New experiments in monkeys suggest that one slight alteration to the DNA of the Ebola virus might render it harmless to humans.

Changing just a single protein appears to activate the body's immune system to fight off the deadly infection, researchers report.

The mutated virus also acts like a vaccine that protects the animals from becoming infected, they added.

For the study, a team of scientists changed a protein in the virus called VP35, which allows the Ebola to block any early immune responses to infection.

This mutated form of the virus was not only safe for researchers to work with, it also induced an immune response that protected monkeys exposed to Ebola from getting sick.

"We think that VP35 is affecting immune responses overall, so after giving this virus that doesn't cause disease, we thought maybe it will protect animals if you challenge them with the wildtype Ebola virus," said senior study author Christopher Basler. He is director of the Center for Microbial Pathogenesis at Georgia State University.

"They were completely protected. None of them showed any sign of disease to the parental virus," Basler said in a university news release.

"The big take-home message is that we can make an Ebola virus that grows, but if we disable this function, we can now make a virus that is very highly attenuated in the animals," he explained.

The goal of the research is to see if this approach can be used in a drug that can knock out the VP35 protein in Ebola and protect people, researchers said, although research on animals may not produce the same results in humans.

Also, targeting this protein might be useful in producing an immune response to similar diseases like the Marburg virus, Basler said.

The report was published Sept. 17 in the journal Cell Reports.

Ebola is a deadly virus that causes outbreaks of severe disease in humans. From 2013 to 2016, an epidemic that began in West Africa affected more than 28,000 people, killing more than 11,000. An outbreak that began in the Democratic Republic of the Congo in 2018 has already killed nearly 1,800 people, the researchers added.