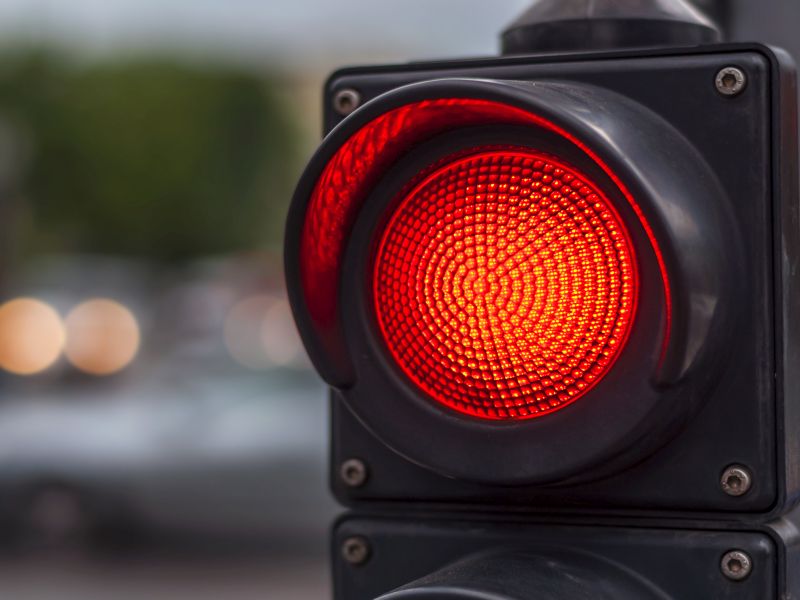 THURSDAY, Aug. 29, 2019 (HealthDay News) -- Everyone has done it: breezing through a red light at the last minute. But a new report shows that deaths caused by drivers taking that chance are on the rise in the United States.

There were 939 people killed in red light running crashes in 2017, a 10-year high and a 28% increase since 2012, according to AAA Foundation for Traffic Safety researchers.

"Drivers who decide to run a red light when they could have stopped safely are making a reckless choice that puts other road users in danger," said David Yang, executive director of the foundation.

"The data shows that red light running continues to be a traffic safety challenge. All road safety stakeholders must work together to change behavior and identify effective countermeasures," he urged in a foundation news release.

Arizona has the highest rate of such deaths, while New Hampshire has the lowest rate, the researchers said.

The study found that 28% of deaths that occur at intersections with traffic lights are caused by drivers blowing through red lights.

But the majority of those killed are innocent passengers, pedestrians or cyclists.

Nearly half (46%) of people killed in red light running crashes were passengers or people in other vehicles, and more than 5% were pedestrians or cyclists. Drivers who ran the red light accounted for just over 35% of the deaths.

Despite the deadliness of the practice, many still do it, the report found.

Even though 85% of drivers say that red light running is very dangerous, nearly one-third admit to going through a red light within the past 30 days when they could have stopped safely, according to the AAA Foundation's latest Traffic Safety Culture Index.

More than two in five drivers believe they're unlikely to be stopped by police for running a red light.

"Cameras increase the odds that violators will get caught, and well-publicized camera programs discourage would-be violators from taking those odds. Camera enforcement is a proven way to reduce red light running and save lives," Cicchino said.