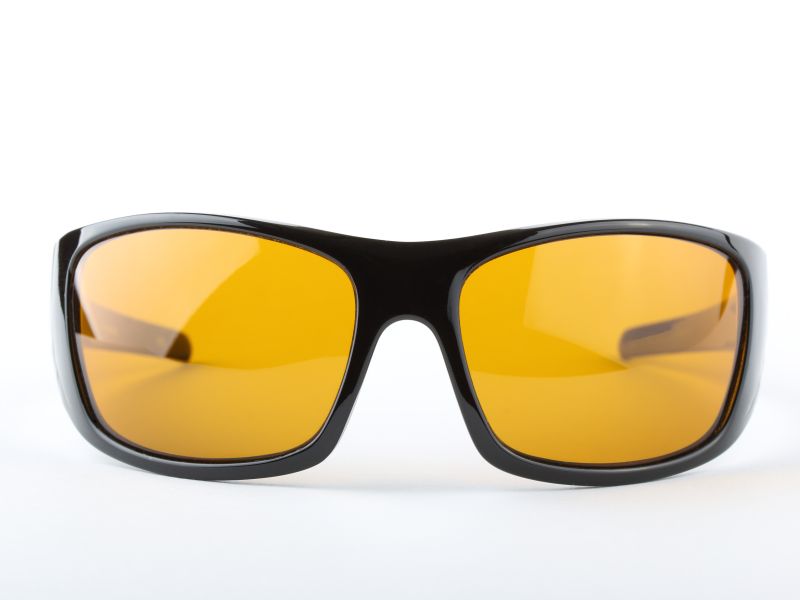 FRIDAY, Aug. 2, 2019 (HealthDay News) -- "Night-driving" glasses that promise to dim the glare of headlights may not work as advertised, a new study finds.

The glasses, featuring yellow-tinted lenses, have been marketed for years as a way to ward off blinding headlights and make night driving easier. The problem: There's no scientific evidence they work.

Now a new study, published online Aug. 1 in JAMA Ophthalmology, offers a buyer-beware message. In driving simulation tests, researchers found that yellow lenses did not improve people's performance over clear lenses -- including when they were faced with oncoming headlights.

"When you wear a colored lens, you cut off a chunk of light," explained lead researcher Alex Hwang of the Schepens Eye Research Institute at Massachusetts Eye and Ear, and Harvard Medical School in Boston.

"It's basically like wearing sunglasses at night," he said.

It might be no surprise, then, that the study found no benefits. In fact, the glasses may have worsened drivers' performance a bit, Hwang said, though the finding was not statistically significant, owing to the small study group.

Robert Massof is a professor of ophthalmology at Johns Hopkins University in Baltimore. The bottom line, he said, is that "the claims about these lenses are not supported by scientific evidence."

Yellow-tinted lenses have long been used by aviators, skiers and others looking to reduce glare during the day, which makes sense, according to Massof. The argument for using them at night is that they might block some of the blue light from headlights.

"On the face of it, that kind of makes sense," said Massof, who wrote an editorial published with the study. "But in practice, it doesn't really work."

Massof did some of his own calculations, using information on LED emission and "yellow filter absorption spectra." He estimated that the night-driving glasses tested in this study do reduce glare somewhat but not enough to make any meaningful difference in vision.

For the study, Hwang's team recruited 22 drivers to navigate simulated nighttime driving scenarios -- three times while wearing different brands of night-driving glasses, and once wearing clear lenses. During each simulation, they were confronted with headlight glare at times.

The drivers' task was to honk the horn as soon as they noticed a "pedestrian" walking along the side of the road.

Overall, the study found, drivers were a bit slower to spot pedestrians when headlights were bearing down on them. Wearing the yellow lenses did nothing to mitigate that.

The four older adults in the study were especially affected by headlight glare: It added 1.5 seconds to their reaction time, compared to 0.3 seconds among young adults. And again, yellow lenses did not help them.

The findings came as no surprise to Dr. Andrew Iwach, a clinical spokesman for the American Academy of Ophthalmology.

He said that while tinted, or "polarized," lenses can help shield against daytime glare, night vision is different. When you're trying to drive in low-light conditions, it's a bad idea to further limit the light reaching the eyes.

Iwach said people who have trouble seeing during nighttime driving should make an appointment with their eye doctor. If they wear glasses or contacts, they might need a new prescription, he said. In other cases, dry eyes might be a factor. The pupil dilates at night, and the dry air of a car might be more bothersome to the eyes at night than during the day.

For older drivers, age-related eye conditions -- like cataracts or macular degeneration -- may be the culprit.

If eye diseases or outdated prescriptions aren't the problem, Iwach said, there are some practical measures people can take against glare.

The first? Clean your glasses. That might sound obvious, Iwach noted, but it's commonly overlooked. He also advised keeping your windshield clean, outside and in.

"A fine film can build up on the inside of the windshield," Iwach said. "You'd be surprised at how much glare can be generated there."

Hwang agreed that those steps are wiser than investing in night-driving glasses -- which, he noted, can cost around $100.