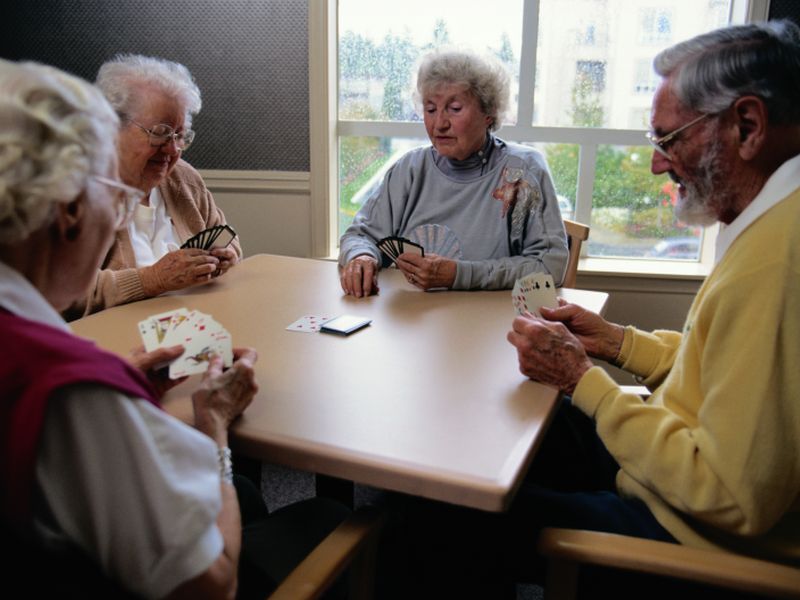 The study found that seniors with high levels of an Alzheimer's-linked protein in their brains were able to slow any mental decline if they got out and socialized regularly.

So, "social engagement may be an important marker of resilience" in older adults at risk of dementia, said senior author Dr. Nancy Donovan. She's chief of geriatric psychiatry at Brigham and Women's Hospital in Boston.

In the study, researchers tracked data on 217 men and women aged 63 to 89. These seniors were all taking part in the Harvard Aging Brain Study, a trial aimed at identifying early signs of Alzheimer's disease.

Participants started the study with no evidence of mental decline, but some had high levels of amyloid beta protein, a hallmark of Alzheimer's that can be detected in brain scans.

The researchers assessed seniors' levels of social engagement (such as spending time with friends and family, and doing volunteer work) and their mental (cognitive) function at the start of the study and again three years later.

Among seniors with high levels of amyloid beta, those with lower levels of social engagement at the start had greater mental decline after three years than those who were socially active, the findings showed.

This association was not seen among people with low levels of amyloid beta, according to the study, which was recently published in the American Journal of Geriatric Psychiatry.

"Social engagement and cognitive function are related to one another and appear to decline together," Donovan said in a hospital news release.

Her team believes longer studies might add more insight into mental decline over time as well as Alzheimer's progression.

"We want to understand the breadth of this issue in older people and how to intervene to protect high-risk individuals and preserve their health and well-being," Donovan explained.

This study relied on a standard measure of social engagement that didn't assess all the subtle effects of digital communication or all the impacts of relationships, the researchers noted.

A more comprehensive assessment could be valuable in future clinical trials of Alzheimer's disease, the authors added.