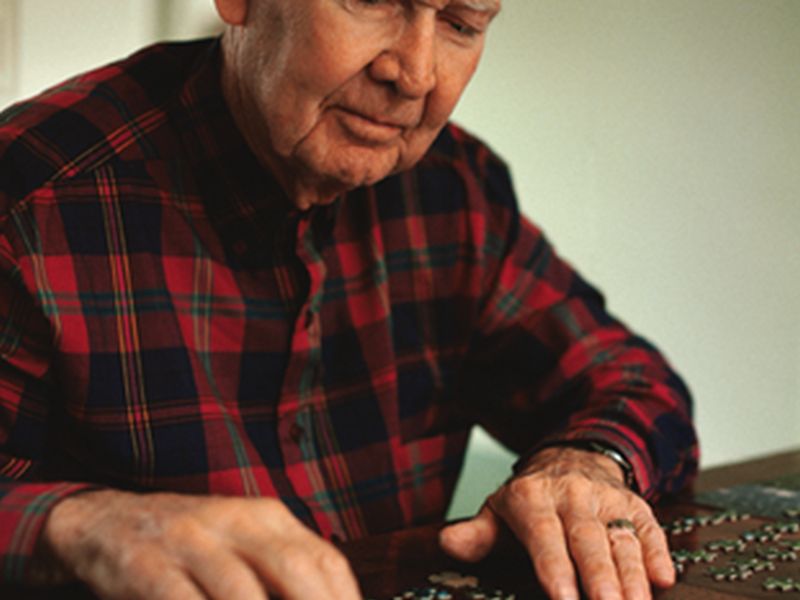 WEDNESDAY, July 10, 2019 (HealthDay News) -- Keeping your brain active as you age, whether it be working on a computer, playing games or being socially involved, might ward off memory loss, a new study suggests.

Losing memory as you age is a sign of mild cognitive impairment, which can be a gateway to dementia or Alzheimer's disease. But using your brain can help keep it sharp, and it's never too late to start reaping the benefits, researchers say.

Why keeping mentally active has this effect isn't known, but it might be that the brain responds positively to increased use, said senior researcher Dr. Yonas Geda, a psychiatrist at the Mayo Clinic in Scottsdale, Ariz.

It's also possible that people who engage in mental activities also have other good behaviors, such as exercising and eating a healthy diet, which benefit brain health, Geda said.

"Our study was an observational study, so we can only say that there is an association between mental activities and the risk of mild cognitive impairment," she explained.

But Geda added that the good news is that even people over 70 can benefit from mental activity.

"Our study shows that it's never too late to engage in mental activities," he said. "These activities don't need to be expensive, they're accessible and simple and reduce the risk for mild cognitive impairment."

For the study, Geda and his colleagues followed 2,000 men and women, average age 78, who didn't suffer from mild cognitive impairment. The participants answered questions about mentally stimulating activities they engaged in when they were 50 and when they were 66 and older.

Participants also took thinking and memory tests every 15 months over the five years of the study. During that time, 532 people developed mild cognitive impairment.

The researchers found that those who used a computer during middle age had a 48% lower risk of developing mild cognitive impairment. Using a computer after age 66 was linked to a 30% lower risk.

Computer use during middle and old age reduced the risk of thinking and memory problems by 37%, the study found.

Also, the more activities people had, the less likely they were to develop mild cognitive impairment. For example, doing two activities was associated with a 28% lower risk of developing memory and thinking problems, compared with those who didn't do any activities.

"This study aligns with a growing body of evidence that there are steps you can take today to help keep your brain healthier as you age, and perhaps also reduce your risk of cognitive decline," said Heather Snyder, senior director for medical and scientific operations at the Alzheimer's Association. She wasn't involved with the study.

"Keeping your brain healthy is a lifelong pursuit and staying engaged in a variety of mentally and socially stimulating activities is important throughout one's life," Snyder said.

The report was published online July 10 in the journal Neurology.