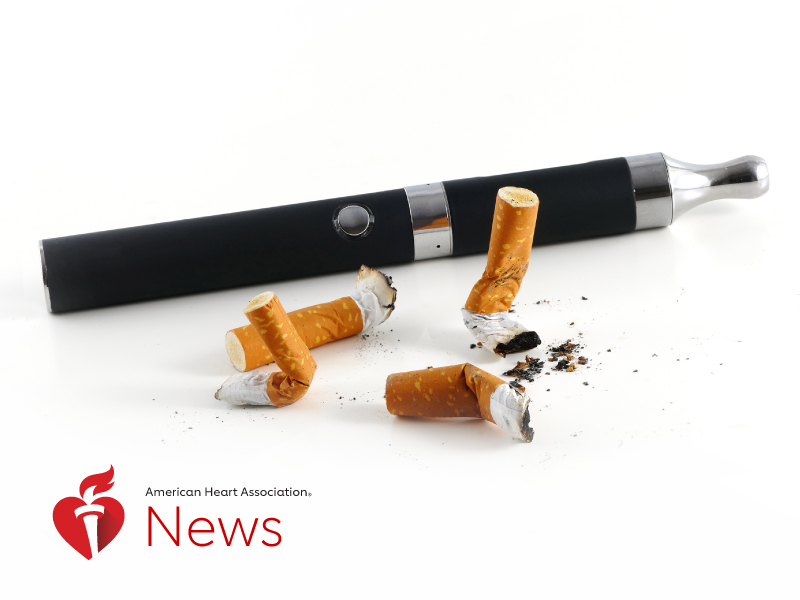 THURSDAY, May 30, 2019 (American Heart Association News) -- State legislatures and national retailers appear to be in a race to see who can stamp out cigarette sales to underage consumers faster.

Eight states enacted bills so far this year to raise the legal sales age of tobacco products to 21, increasing the total states with such laws to 14. Two more -- Texas and New York -- are expected to join the group once their governors sign the bills into law. Meanwhile, Walgreens, Rite Aid and Walmart announced they will soon forbid the sale of tobacco items in their stores to anyone under 21.

The flurry of activity from states, as well as dozens of local governments in states without so-called "Tobacco 21" laws, has helped turned up the heat on national lawmakers.

On Capitol Hill, proposals have been introduced to raise the national legal age for buying tobacco products to 21.

Senate Majority Leader Mitch McConnell introduced his own bill in May to raise the federal sales age for tobacco products, including e-cigarettes. Although the Kentucky Republican hails from a state where the tobacco industry plays a key role in the economy, McConnell said he was compelled to sponsor the effort because "youth vaping is a public health crisis."

For decades, the minimum age to buy tobacco products was 18 except in Alabama, Alaska and Utah, where it was 19. (Utah recently voted to incrementally raise the buying age to 21.) Hawaii became the first state to increase its minimum tobacco sales age to 21 with a bill passed in 2015. California followed suit less than a year later.

Widespread concern over a rise in teen vaping has helped build momentum around such laws, most of which also apply to e-cigarettes and vaping devices that deliver addictive nicotine.

"E-cigarettes seem to be the precipitating issue that opens up the policy window for these laws to pass," said Jeff Hardesty, research program manager at the Institute for Global Tobacco Control at Johns Hopkins University in Baltimore.

E-cigarette manufacturers promote their products as alternatives to traditional cigarettes for adults, but critics point out e-cigarette pods are sold in fruity flavors that mainly attract teens and young adults.

"You want to do what you can to get these products out of the hands of the kids obviously, and Tobacco 21 is certainly a great tool for that. The problem is that it shouldn't be looked at as a silver bullet because there are lots of other issues tied to initiation of use," Hardesty said.

But it can definitely help, he added.

He cited research that focused on Needham, Massachusetts, which in 2005 became the first city in the nation to raise the minimum age of tobacco sales to 21. The study found teen smoking dropped almost by half -- from 13 percent to 7 percent -- in the five years following the town's decision to raise its tobacco sales age. In comparison, the youth smoking rate in 16 neighboring communities during the same time period dropped by only three percentage points, from 15 percent to 12 percent.

A 2015 report from the Institute of Medicine found that increasing the legal tobacco sales age to 21 would result in 223,000 fewer premature deaths and 50,000 fewer deaths from lung cancer for those born between 2000 and 2019.

But the report was published before the popularity of e-cigarettes.

They are now the most popular tobacco product among youth in the United States, according to a new American Heart Association presidential advisory. An estimated 3.1 million high school students, or 20.8 percent, used e-cigarettes in 2018 compared to 22,000 students, or 1.5 percent, in 2011. Use among middle school students also has jumped in recent years.

For youth, e-cigarettes often serve as a transition into using other unhealthy products, said Aruni Bhatnagar, lead author of the advisory and co-director of AHA's Tobacco Regulation and Addiction Center.

"They're a catalyst, and not just to the other (combustible) cigarettes, but to all other tobacco products," he said.

That's where national leaders can play a role, particularly if they pass legislation that includes controls over e-cigarettes and enforcement measures, said Bhatnagar, a professor of medicine at the University of Louisville School of Medicine in Kentucky.

"If the Congress passes Tobacco 21, that will set the minimum standard for any state," he said. "Now, states could have stricter standards, but they could not be more lax standards, so raising the age to 21 would be a good way to spur other states to come in and pay attention to this epidemic."

Illinois Rep. Camille Lilly spent years pushing for a Tobacco 21 bill in her state before it finally passed earlier this year. Among the more vocal proponents were younger teens who witness their older peers using tobacco products at school.

"What I'm hearing from the 13-, 14-year-olds, even the younger middle schoolers, is that vaping is annoying," she said.

Lilly said it's unlikely teens would hang out with anyone old enough to buy tobacco products for them under the new law.