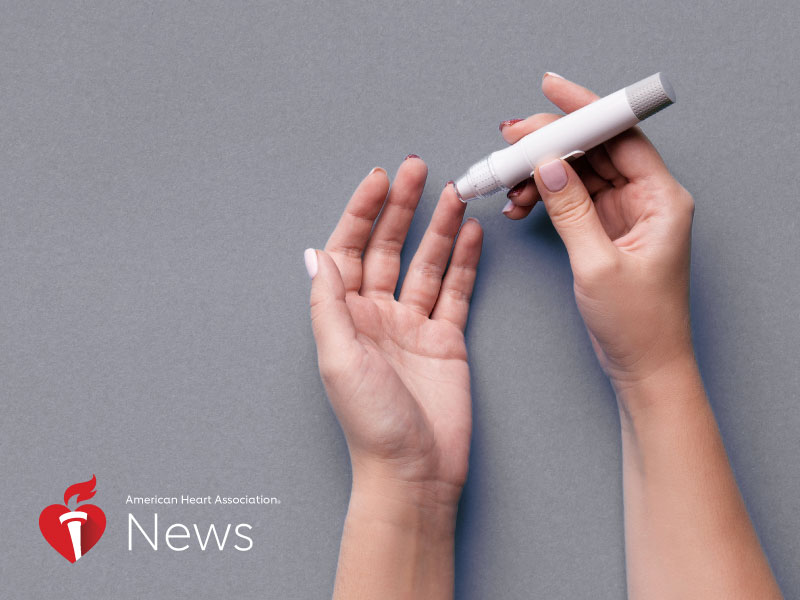 TUESDAY, May 14, 2019 (American Heart Association News) -- Diabetes can be a risk factor for heart disease – but for women, the condition can lead to worse outcomes than for men.

The statistics are striking: Compared to their male counterparts, women with diabetes have a twofold increased risk of heart disease. They're also more likely to have heart attacks earlier – and ones that are fatal.

"Women with diabetes die more often after their first heart attack," said Judith Regensteiner, director of the Center for Women's Health Research at the University of Colorado School of Medicine in Aurora.

Differences in treatment may be partly to blame, Regensteiner said.

"Women with diabetes get treated less acutely than men," she said. "They also don't get recommended for as many cardiac procedures."

Many women, for example, already have heart disease, or a number of risk factors for heart disease, when they're diagnosed with Type 2 diabetes. These include high cholesterol, high blood pressure, abdominal obesity, and abnormalities in blood vessel function. Research suggests high cholesterol is more common in women than men.

In a study published in January in the journal Diabetes, Obesity and Metabolism, researchers found that women had overall lower rates of control than men for risk factors associated with cardiovascular disease, including blood sugar levels, blood pressure, cholesterol and smoking status.

Dr. Darren McGuire, a cardiologist and professor of internal medicine at UT Southwestern Medical Center in Dallas, said women tend to have a higher proportion of body fat than men when they're first diagnosed with diabetes. Obesity is a major risk factor for heart disease and has been associated with high blood pressure.

Women with diabetes have higher markers for systemic inflammation as well, McGuire said, which also may help explain why they're more susceptible to heart problems.

"We're not as good at treating women," said McGuire, who is director of the Parkland Hospital and Health System Outpatient Cardiology clinics. "Whether it's a problem with clinicians or patients or access to health care, it's not clear. But it's consistent."

Women make up more than half the population, yet clinical trials don't often reflect that. More studies on women and sex differences are needed, Regensteiner said. "There's so much yet to learn. That's a problem as well as an opportunity."

In the meantime, she said women must advocate for themselves, see a doctor regularly and stay active. Observational studies suggest women with diabetes may need to exercise more often and more vigorously than men with diabetes to cut down on cardiovascular events.

For aerobic activity, "briskly walking is enough if you're regular with it," she said. "As you increase your minutes of exercise … there are even more benefits both for women and men."

Cholesterol guidelines issued last year by the American College of Cardiology and AHA suggest doctors talk to patients with diabetes about their cardiovascular risk, lifestyle and the possible need for cholesterol-lowering drugs called statins.

"And once diabetes is present," McGuire said, "it's about being very aggressive and very proactive."