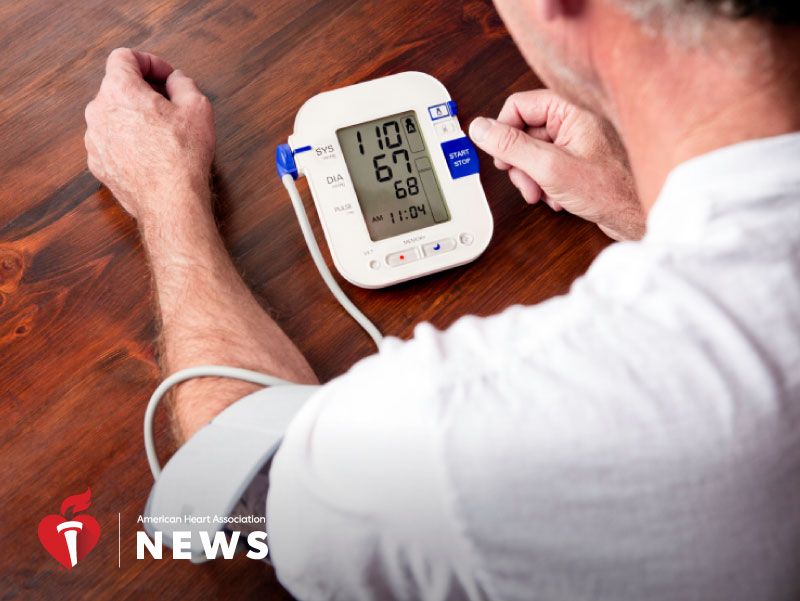 MONDAY, April 29, 2019 (American Heart Association News) -- While doctors have been divided about what level of blood pressure is safe for someone with diabetes, a new study suggests that more intensive intervention is better.

During the study, people with Type 2 diabetes who received treatment to keep their blood pressure levels at 130/80 or below had fewer heart attacks, strokes and other complications. These patients also had lower overall risk of dying from any cause.

Experts differ about exactly how low the target blood pressure for a person with diabetes should be.

The American Diabetes Association suggests a goal of 140/90, or 130/80 for people at high risk, as long as it doesn't create an "undue treatment burden." Guidelines released in 2017 by the American Heart Association and the American College of Cardiology recommend a goal of 130/80, which, according to an ACC analysis, meant 2.9 million more adults could be categorized as having hypertension.

The new study, published in the journal Hypertension, backs that lower threshold. Until now, it was unclear how much of a benefit would be seen with the lower limit.

"Our findings demonstrate a benefit of more intensive therapy aiming for blood pressure thresholds at 130/80 or below and should help resolve some ongoing confusion over optimal blood pressure targets for people with diabetes," the study's senior investigator J. Bill McEvoy said in a news release. McEvoy is a professor of preventive cardiology at the National University of Ireland, Galway Campus, and the Irish National Institute for Preventive Cardiology.

The measurement difference might seem small, but the stakes are huge.

Worldwide, more than 420 million people have Type 2 diabetes, the more common form of the condition.

Most people with diabetes in the United States have Type 2, which is associated with obesity and physical inactivity. About 70% to 80% of people with Type 2 diabetes also have high blood pressure. People with diabetes are two times more likely to die from cardiovascular disease and have the same risk of a heart attack as someone who has already had one.

The new findings are based on an analysis of nearly 11,000 people with Type 2 diabetes followed over four years in 20 countries. Participants who were given the blood pressure drugs perindopril and indapamide were compared with those who received a placebo. The intensive-treatment group had fewer deaths regardless of their initial blood pressure.

"As we face the urgent task of stopping what appears to be a reversal in the decades-long decline in mortality from coronary heart disease and stroke, especially in some population groups, the millions of people who have both diabetes and hypertension are a key focus," Dr. Eduardo Sanchez, the AHA's chief medical officer for prevention, said in a commentary. Sanchez was not involved in the study.

"This new study provides important data to indicate that people with diabetes at moderate to high risk would benefit from more intensive blood pressure treatment."