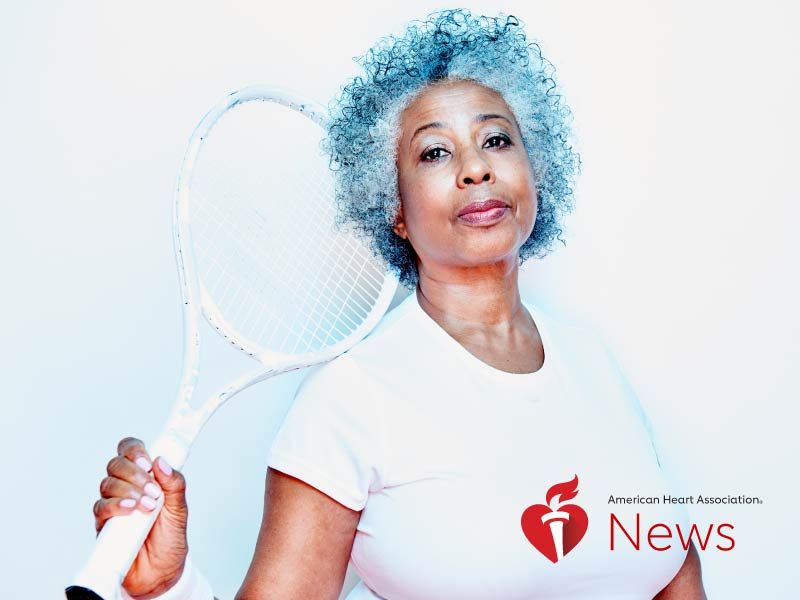 THURSDAY, April 18, 2019 (American Heart Association News) -- Exercise is good for you. But for people who have had a heart attack, starting or resuming a workout routine may sound scary, exhausting, complicated -- in short, the last thing they'd want to do. Instead, it probably should be one of the first.

"We're trying to make it clear that exercise is as much a part of the standard of care as aspirin or statins or beta blockers," said cardiologist Dr. Benjamin D. Levine, director of the Institute for Exercise and Environmental Medicine and a professor of medicine and cardiology at UT Southwestern Medical Center in Dallas.

"When I was a nurse in the 1970s, I can remember they kept people in bed after heart attacks," said Traynor, who is also president of the American Association of Cardiovascular and Pulmonary Rehabilitation. Now, she said, patients are up walking soon after surgery.

"Exercise preserves the strength and flexibility of the heart and enables blood vessels to relax," Levine said. "It helps improve lipids and blood pressure and reduces cardiovascular strain during daily activities."

A major key to reaping the benefits of exercise is incorporating it into a lifelong habit.

Maybe they're depressed or afraid to make changes, experts say.

"What I think is that people are frightened after a heart attack, and they're not sure what they're capable of doing, whether recreational exercise, occupational exercise, even sexual relations," Levine said.

That's where cardiac rehabilitation can help, he said.

"Everyone who has a heart attack should go through a period of cardiac rehabilitation. It helps people get past that initial fear and get control of all the risk factors within a multidisciplinary approach after a cardiovascular event."

Starting small leads to attainable goals, she said. "We help them have successes being on the treadmill or bike and feeling, 'OK, maybe there's more to this.' It becomes more self-fulfilling and keeps them going."

Unfortunately, only about a third of heart attack survivors report receiving cardiac rehab, according to the Centers for Disease Control and Prevention.

In Dallas, the cardiac rehab clinic at Parkland Health & Hospital System recently added high-intensity interval training (HIIT) -- short bursts of activity with short rest periods -- for heart disease patients who meet certain criteria. With HIIT, 15-minute sessions can be as effective as 60 minutes of a lower-intensity workout, according to some studies.

HIIT helped Parkland patient Jesus Rodrigo Sanchez feel better and to believe in himself. The 60-year-old, who has a family history of heart disease, had bypass surgery in December.

"It was hard at first," said Sanchez, who bought an elliptical machine to use at home, "but the rehab staff promises they won't give you anything you can't do. I didn't believe I could, but now I'm walking 2.8 mph at level 4 incline."

For patients whose doctor has not recommended cardiac rehab, Levine suggests they ask for a referral. "Exercise is just really important to aid return to a normal life."