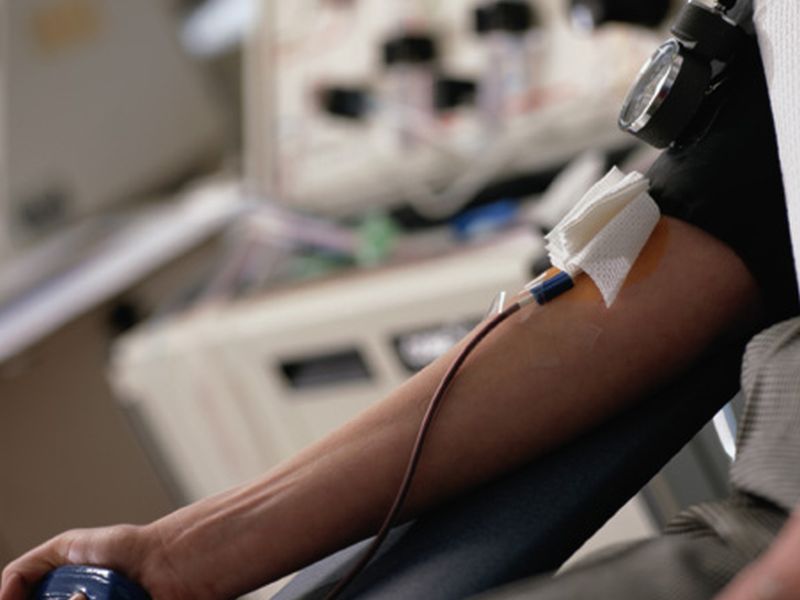 But while it dramatically improves survival, some patients can develop troublesome side effects or even resistance to the potent pills.

So, the search for an alternative has continued.

Enter UB-421. An antibody that is infused into the bloodstream, this new compound showed promise as a weekly or biweekly treatment in a small four-month study.

"We have demonstrated unprecedented and sustained suppression of the virus in all patients, and achieved a near 100% success rate in this study," said study author Chang-Yi Wang.

Wang is the founder, chair and chief scientific officer of United Biomedical, the New York-based pharmaceutical company that developed UB-421.

Wang's enthusiasm is matched by Dr. Anthony Fauci, who has led the Bethesda-based U.S. National Institute of Allergy and Infectious Diseases since 1984.

"The results are quite successful and pretty striking," Fauci said. "This antibody dramatically suppresses the virus. So, it's a pretty important proof-of-concept."

Wang added that UB-421 infusions not only controlled HIV, "but will also not generate drug resistance."

What's more, early results suggest that UB-421 may also be able to dry up hidden reservoirs of HIV that HAART can't reach.

This still needs to be replicated in a larger trial, Wang cautioned. But if confirmed, it would essentially amount to a "functional cure," she added.

That's not to say that HAART has no place in HIV treatment, Fauci noted.

"We've done very well with HAART drugs," he said. "And the overwhelming majority of HIV patients are perfectly happy taking a single [HAART] pill a day."

Fauci also stressed that HAART drug "cocktails" (which typically contain a mix of three different drugs) are far less toxic than the regimens first launched back in the 1990s.

"That's the good news," he said. "But despite the success of HAART, there are some people who don't like the idea of having to take a pill every day. It's pill fatigue. They want to get off it. Or they develop resistance. Or have tolerance issues."

"So, there have been a number of studies using different kinds of antibodies that you transfer into someone intermittently, to see if you can keep the virus suppressed below a detectable level," he said.

"But this study was very interesting," Fauci said, "because the antibody they use is not directed at the virus itself, but at the receptors that the virus binds to. It's directed against the host cell, which is unique."

The study included 29 patients, all of whom had already achieved HIV viral suppression via HAART. At the study's start, all were taken off HAART. Instead, about half were given a once weekly lower-dose infusion of UB-421 for between eight to 16 weeks. The other half were given higher-dose infusions just once every other week.

Such infusions, said Wang, could be given in an outpatient clinic or even in a patient's home by trained nurses. They were administered by catheter directly into a vein, and the process took about an hour.

The goal, said Wang, was to see if UB-421 would be successful in "blocking the virus' entry into the [immune] cell, and preventing the virus' ability to spread."

On both counts, the answer was yes. Although one patient dropped out, HIV viral suppression was maintained in all the remaining patients, without any indication of drug resistance, according to the study.

Looking ahead, said Fauci, the aim will be to extend the antibody's impact, to limit the need for infusions to once every few months, rather than every few weeks.

"So, for the purposes of this study, this was just a temporary reprieve from HAART," he noted. "But the real endgame is to totally replace the need for HAART drugs for an indefinite period of time. That's the ultimate goal."

The findings were published online April 18 in the New England Journal of Medicine.