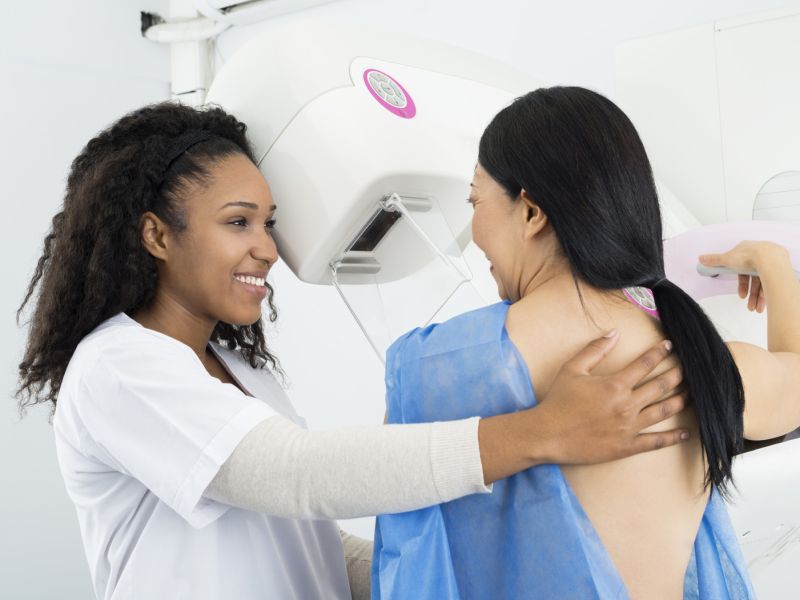 MONDAY, April 8, 2019 (HealthDay News) -- A group representing U.S. family doctors issued updated mammography guidelines Monday, adding to an ongoing debate over how early and how often women should be screened.

The American College of Physicians (ACP) now recommends a mammogram every other year for women ages 50 to 74 who are at average risk for breast cancer and have no symptoms.

That advice does not apply to women who have had abnormal test results or to those who have higher odds for breast cancer due to a genetic mutation or personal cancer history.

The statement was published April 8 in the Annals of Internal Medicine.

For women in their 40s, patient preference is key, the guidelines say.

"Beginning at age 40, average-risk women without symptoms should discuss with their physician the benefits, harms, and their personal preferences of breast cancer screening with mammography before the age of 50," ACP President Dr. Ana Maria Lopez said in a college news release.

"The evidence shows that the best balance of benefits and harms for these women, which represents the great majority of women, is to undergo breast cancer screening with mammography every other year between the ages of 50 and 74," said Lopez, a medical oncologist.

That's the same guidance offered by the U.S. Preventive Services Task Force, an independent panel of experts in evidence-based medicine.

The ACP said its recommendation takes into account the risks and benefits of more frequent screening.

Compared to yearly screening, biannual mammograms do not significantly boost the average woman's risk of death from breast cancer. And they greatly reduce the potential harms, the ACP said.

Women who are screened annually get more false-positive results than those screened every other year (7% versus 4.8%), leading to unnecessary biopsies and surgeries, worry and distress. Other potential harms include radiation exposure and associated cancers and deaths.

And over a decade, about 20% of women who are told they have breast cancer will be overdiagnosed and overtreated, according to the ACP statement.

Overdiagnosis means a woman is diagnosed with a breast cancer that would not have made her sick or led to her death if left alone (any treatment for this would be considered overtreatment). Therefore, finding the cancer is of no benefit for the patient.

Two doctors from the University of Washington -- Dr. Joann Elmore, an affiliate professor of medicine, and Dr. Christoph Lee, a professor of radiology -- wrote an editorial that accompanied the statement.

They said the statement provides "clarity and simplicity amidst the chaos of diverging guidelines," and highlights "important points for physicians to consider in shared decision-making conversations with their patients about routine breast cancer screening."