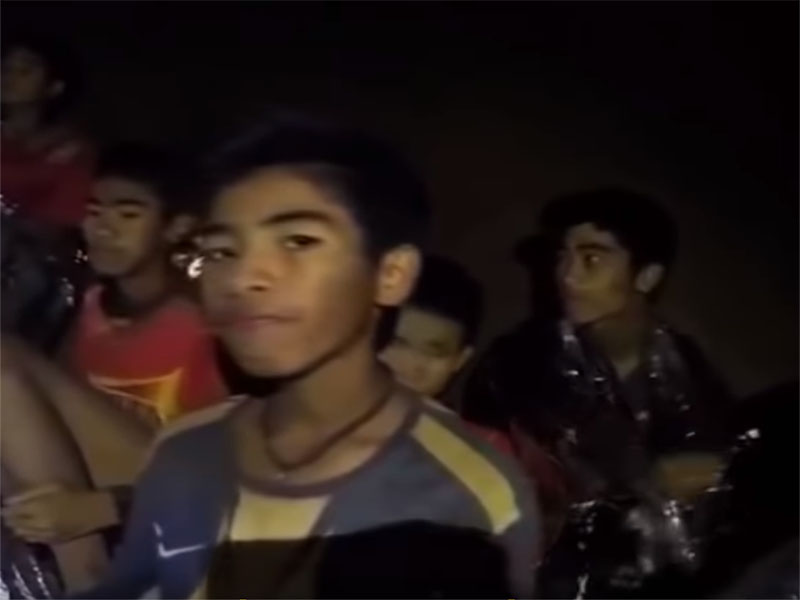 WEDNESDAY, April 3, 2019 (HealthDay News) -- For weeks last summer, the world was riveted by frantic efforts to find and rescue a soccer team of 12 Thai boys, along with their coach, who'd become trapped deep in a cave complex on June 23.

Exploring the caves in a northern province of Thailand, the group had become isolated after monsoon rains cut off their means of escape.

However, all 13 were eventually rescued by trained divers after being spotted more than 2.5 miles inside the cave complex on July 2.

Now, doctors who treated the boys immediately upon rescue describe how blankets, a special warming device and the anesthetic ketamine were all used to help ease the deep-cold hypothermia the boys suffered during their rescue ordeal.

"The Thai rescue team is to be applauded for safely and successfully preparing the young hypothermic patients for transport in an admittedly difficult and challenging scenario," noted one U.S. emergency medicine expert, Dr. Robert Glatter, who read over the new report.

Glatter is an emergency physician at Lenox Hill Hospital in New York City.

The article outlining the post-rescue emergency care of the boys and their coach was written by Dr. Chanrit Lawthaweesawat, of the Medical Association of Thailand, Dr. Richard Harris, of SA Health in Adelaide, Australia, and their associates.

They explained that "with impending monsoon rains and concerns about falling oxygen levels in the cave, a plan to urgently extricate the patients was developed."

As part of the plan, the boys were given the anesthetic ketamine and also equipped with a pressurized air mask supplying them with 80% oxygen.

As Glatter explained, "ketamine helps to reduce shivering [intense muscular contractions], which is an evolutionary response to increase heat or core body temperature."

However, in already hypothermic people, shivering can harm metabolism and brain function -- something the rescue team was very concerned about.

Furthermore, shivering uses up vital oxygen, and that means "lower levels of oxygen in the bloodstream, increased carbon dioxide production and buildup of the waste product in the body known as lactic acid," Glatter said. "Shivering also leads to an increase in the pressure in the brain."

So, supplying the kids with additional oxygen via the pressurized face mask was crucial, he said.

Each boy and their coach was also wrapped in a cloth blanket, a special "heater blanket" and a whole-body foil wrap upon emerging from the cave system, the physicians reported in the April 4 issue of the New England Journal of Medicine.

The boys were also gradually helped to recover from hypothermia buy using a "forced-air warming device," Lawthaweesawat and colleagues wrote.

"Avoiding a further drop in core body temperature, while minimizing a reduction in their oxygen levels, was critical to reducing the adverse effects of hypothermia on the heart and brain," he said.

"The use of ketamine combined with adequate delivery of oxygen was an important step in ensuring a good neurological outcome. Along with use of warm intravenous fluids and blankets, their approach was successful," Glatter said.