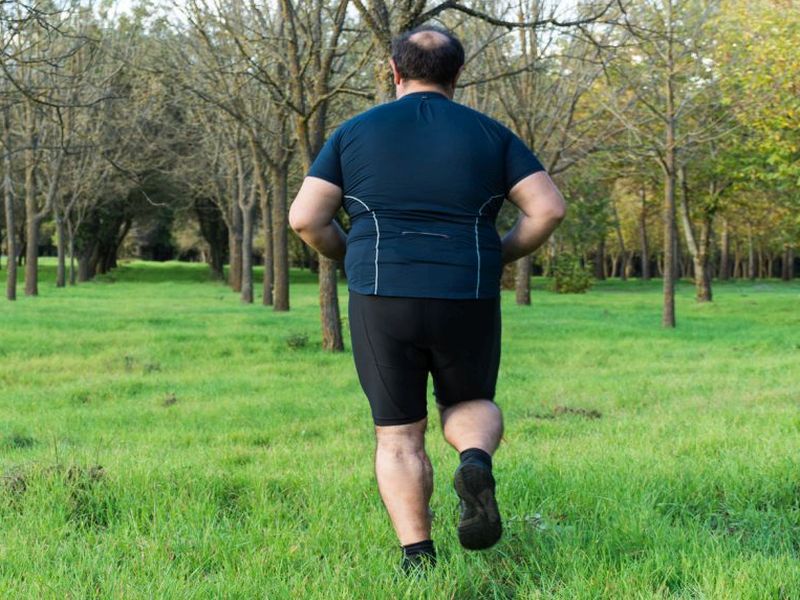 SUNDAY, March 31, 2019 (HealthDay News) -- Need another reason to stay slim? People who are overweight have a greater risk of dying from pancreatic cancer, especially those who are carrying extra pounds before age 50, a new study suggests.

"No matter what the age, there was some increase in pancreatic cancer deaths associated with excess weight. But the association was stronger for excess weight measured in people's 30s and 40s," said the study's lead author, Eric Jacobs, senior scientific director of epidemiology research at the American Cancer Society (ACS).

"We're not completely sure why this is. Weight gain later in life may simply have less time to cause cancer," he said.

Between 2000 and 2015, the rate of pancreatic cancer rose about 15 percent, he said. It's now the third-leading cause of cancer death in the United States.

One reason pancreatic cancer is so deadly is that it often isn't discovered until it has reached an advanced stage. The disease rarely causes noticeable symptoms, and there are no effective screening tests, according to the cancer society.

But a few risk factors for pancreatic cancer can be changed. Smoking, weight and exposure to workplace chemicals are the three known risk factors that can be modified.

In the new study, researchers looked at data for almost 1 million U.S. adults with no history of cancer. The participants were enrolled in a nationwide study that began in 1982, and were followed through 2014.

The study participants reported their weight and height once -- at the start of the study. This information was used to calculate each person's body mass index (BMI), an estimate of body fat based on height and weight. A BMI from 18.5 to 24.9 is normal, while 25 to 29.9 is overweight. Over 30 is considered obese.

When BMI rose by five units -- equivalent to about 32 pounds for someone who is 5 feet 7 inches tall -- the risk of dying from pancreatic cancer rose:

As newer generations who are heavier than past generations reach older ages, Jacobs said he expected pancreatic cancer deaths to rise.

About 28 percent of that risk for people born between 1970 and 1974 comes from BMIs in excess of 25. That's about double the risk people born in the 1930s face, the investigators found.

He said, "This study shows a clear association between obesity in patients under 50 years old and an increased risk of dying from pancreatic cancer. Interestingly, this phenomenon does not seem as impactful at older ages."

Weiss pointed out that the study doesn't prove a cause-and-effect relationship. It only shows an association.

"It may be that some of the factors that are important in the development of obesity also increase the risk of pancreatic cancer, which is a highly lethal disease," Weiss said.

It's also possible that both conditions are on the rise, but for different reasons, he said. However, Weiss added, obesity has been linked to other cancers as well.

Dr. Rishi Jain is an assistant professor of hematology/oncology at Fox Chase Cancer Center in Philadelphia. He urged people who are overweight to do something about it, to reduce their cancer risk.

"When lifestyle modification -- such as diet and physical activity -- are insufficient in promoting weight loss, patients may seek additional support from a weight management program, which may incorporate other interventions including weight-loss medications or bariatric [weight-loss] surgery procedures," Jain suggested.

Jacobs is scheduled to present the findings Sunday at the American Association for Cancer Research meeting, in Atlanta.

Findings presented at meetings should be viewed as preliminary until they've been published in a peer-reviewed journal.