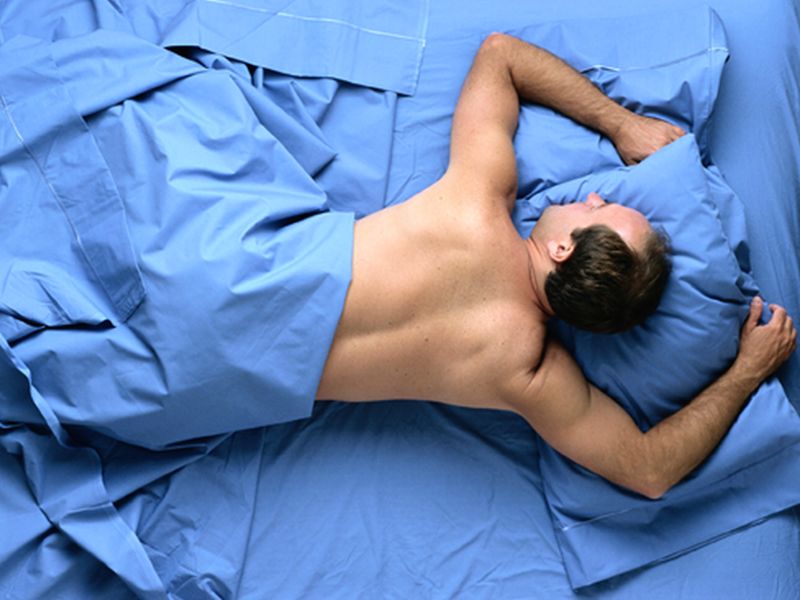 THURSDAY, Feb. 28, 2019 (HealthDay News) -- People who are sleep-deprived during the week often try to make up for it on weekends. But a new study suggests the tactic may backfire.

Researchers found that weekday sleep loss had negative effects on people's metabolism -- and "catch-up" sleep on the weekend did not reverse it.

In fact, there were signs that the extra weekend shut-eye could make matters worse, said senior study author Kenneth Wright, a professor at the University of Colorado, Boulder.

The bottom line, according to Wright, is that people need to consistently get sufficient sleep.

"If you want to lead a healthy lifestyle," he said, "that has to include good sleep habits."

The study, published online Feb. 28 in the journal Current Biology, included 36 healthy young adults. They were randomly assigned to one of three groups that all spent nine nights in the sleep lab.

Wright's team found that in both sleep-deprived groups, people lost some of their sensitivity to insulin, a hormone that regulates blood sugar. They also began to eat more at night and gained some weight, on average.

The group that was allowed to sleep in on the weekend saw one benefit: There was less late-night eating on those days.

However, they went right back to post-dinner munching once they returned to 5-hour nights. And their insulin sensitivity remained impaired.

In addition, Wright said, they showed decreased insulin sensitivity in the liver and muscles, specifically -- which was not seen in the group that got no catch-up sleep over the weekend.

Over time, decreased insulin sensitivity can be a precursor to type 2 diabetes. And a number of studies have linked chronic sleep loss to heightened risks of diabetes and obesity, Wright noted.

In general, experts recommend that adults get 7 or more hours of sleep each night for the sake of their overall health. Yet, studies show that more than one-third of U.S. adults fall short of that goal.

Dr. Phyllis Zee, a sleep specialist and professor at Northwestern University School of Medicine, in Chicago, said, "We tend to buy into the myth that by 'catching up' on sleep on weekends, we'll [reverse] the adverse effects of repeated sleep loss."

But, according to Zee, who was not involved in the new research, "the results of this study support that it is indeed a myth. In fact, even the muscle and liver 'remember' the adverse and persistent effects of sleep loss."

It's true, Wright said, that real life can get in the way of optimal sleep. But he added that people should take an honest look at their habits and see if they can make time for a good night's sleep.

"What are the 'sleep stealers' in your life?" Wright said. "Are you up late watching TV or on your computer?"

Late-night "screen" use is a problem not only because it takes time away from sleep, he pointed out: Staring at a blue light before bedtime can actually disrupt your ability to fall asleep.

Sleep is vital for a range of body processes, not only metabolism. And Zee said there's evidence that other effects of chronic sleep loss -- including dampened alertness and mental performance -- cannot be erased with a couple of nights of catch-up sleep.

"Regularity in both timing and duration of sleep is key to brain and body health" she said.