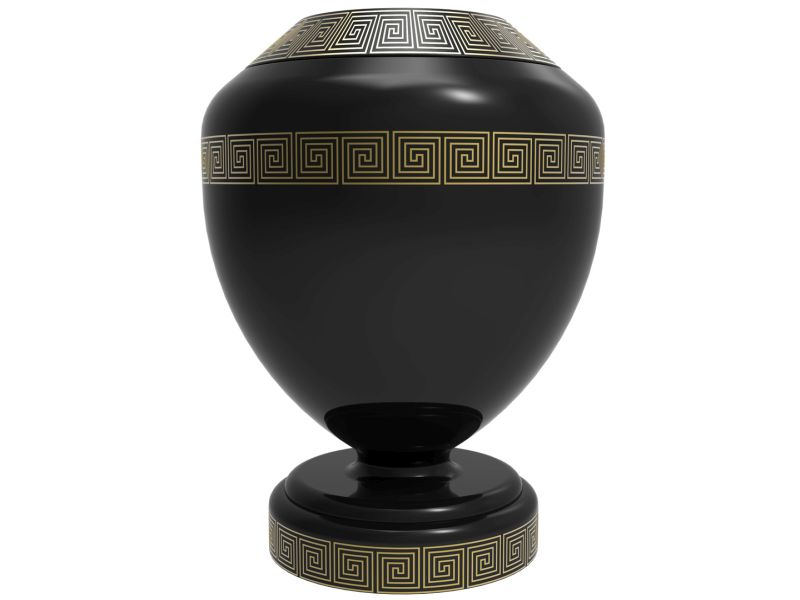 TUESDAY, Feb. 26, 2019 (HealthDay News) -- Deceased people who are cremated after having been treated with radioactive medications might be a health hazard to crematory operators, a new case study shows.

An Arizona crematorium became contaminated with radiation following the cremation of a man who received "radiopharmaceutical" treatment two days before he died, according to a research letter published Feb. 26 in the Journal of the American Medical Association.

The contamination was detected a few weeks after the 69-year-old man's cremation in 2017, and involved lutetium 177 -- the radioactive particle used to treat his pancreatic neuroendocrine tumor, the report noted.

Follow-up tests found radioactive particles in the urine of the crematory operator.

However, the particles were from a different radiopharmaceutical agent, technetium 99m, said lead researcher Dr. Nathan Yu. He's a radiation oncologist with the Mayo Clinic in Phoenix.

Given that, it's very unlikely that radiation exposure in this case exceeded the annual safety limit set by the Nuclear Regulatory Commission, said senior researcher Kevin Nelson, a Mayo Clinic radiation safety expert.

But doctors are concerned that crematorium employees might face potential health problems if they are regularly exposed to particles from radioactive medications.

It's particularly troubling given the popularity of cremation. More than half of people who died in the United States in 2017 chose to be cremated, the researchers said.

Yu said, "The clinical effects of potential repeated or long-term exposure for these employees is really unknown."

Despite this, Nelson noted, people should not be worried about radiation exposure from dad's ashes in an urn on the mantelpiece. The particles decay fast and are not powerful.

"It's a small amount of radiation, and I would wager the urn the ashes are in is probably going to block most of the emissions," Nelson said.

In this particular case, the patient died from his cancer shortly after receiving intravenous lutetium 177 at the Mayo Clinic.

One day later, he was admitted to a different hospital for dangerously low blood pressure. He died there two days later, and his body was sent off for cremation.

Yu noted that the Mayo doctors didn't know their patient had died until after his cremation, which took place five days after treatment with lutetium 177.

Once they learned of the death, they notified both the crematorium and state radiation control officials, Nelson explained.

A Geiger-Mueller detector detected radiation contamination in the crematory equipment, including the oven, the vacuum filter used to remove ashes, and the bone crusher, Nelson said. A spectroscopic radiation detector showed that the radioactivity was primarily from lutetium 177.

A 24-hour urine test found no lutetium 177 in the crematory operator, but technetium 99m was found. The employee had never received technetium 99m as part of any medical procedure, the doctors learned.

The contaminated equipment was removed from service and held for radioactive decay, Nelson said. It's since been returned to operation.

Crematory operators depend on hospitals and family members to inform them if a dead person has been treated with radioactive substances, according to a statement from the National Funeral Directors Association (NFDA).

"NFDA supports further study of this issue and welcomes recommendations on how the health and safety of crematory staff and the community can be protected to the greatest degree possible, including, as the research letter suggests, by evaluating radioactivity in deceased patients prior to cremation and by ensuring that crematory operators receive notification sufficient to employ the proper safety precautions, if needed," the statement said.

Laws vary from state to state, Nelson said. For example, Florida has a regulation barring cremation of patients who have radioactive material within them, but Arizona does not.

"It's really a communication issue," he said. "If you know a patient at your hospital has a large body burden of radioactive material and they succumb to their disease while in the hospital, you owe it to the funeral home to tell them about that."

Dr. Paolo Boffetta, associate director of global cancer at the Icahn School of Medicine at Mount Sinai in New York City, noted that while the ashes contain radioactive particles, "it's not a source of major exposure."

Boffetta said, "I don't think this is an issue that may entail any risk of cancer or other radiation-induced illnesses. Having said that, it's clear it's a possible source of exposure, and if someone is exposed regularly, every week or every few days, then it may become a source of concern. There is a need for a notification process to be put into place."