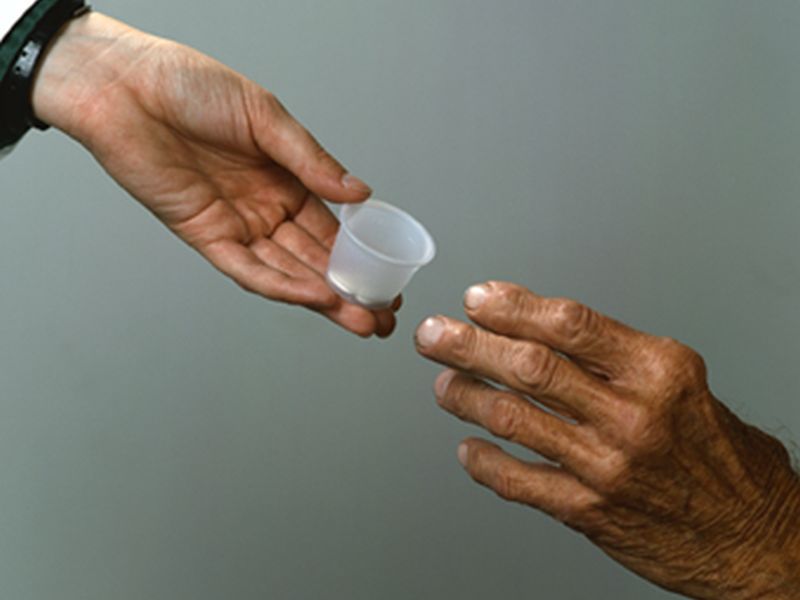 In two trials, researchers found that the drug -- called omadacycline -- worked as well as standard antibiotics in treating patients with "community-acquired" pneumonia or skin infections.

That means they got sick out in the real world, rather than developing the infections while in the hospital -- which are typically more severe.

The U.S. Food and Drug Administration approved omadacycline in October, when the agency reviewed the trial findings. The results are now being published in the Feb. 7 issue of the New England Journal of Medicine.

Tetracyclines have been around for decades, and during that time bacteria have developed ways to resist the drugs. It's one example of the wider problem of antibiotic resistance -- where long-used drugs are starting to lose their effectiveness against various bacterial infections.

Omadacycline was designed to thwart the two major mechanisms that bacteria use to evade tetracyclines, Loh explained.

In both of the new trials, his team found that omadacycline was as effective as the standard antibiotics linezolid and moxifloxacin.

In a nutshell, that means the drug "worked pretty well," said Dr. Henry Chambers, an infectious disease specialist at the University of California, San Francisco.

But Chambers, who wrote an editorial published with the studies, questioned how valuable that will ultimately be.

That's because doctors already have "pretty good options" for the infections treated in these trials, he said.

The biggest scourge, Chambers said, are those cases of pneumonia and other serious infections that are resistant to multiple existing antibiotics.

"That's where the real medical need is," he said.

Each year in the United States, at least 2 million people develop antibiotic-resistant infections, and upwards of 23,000 die, according to the U.S. Centers for Disease Control and Prevention.

One way to combat the problem is by developing new antibiotics that work through novel mechanisms, Chambers said. Alternatively, researchers can tweak existing drugs to overcome the methods bacteria used to render themselves treatment-resistant.

Omadacycline falls into that latter category.

One of the new trials focused on patients who had to be hospitalized after developing bacterial pneumonia. Loh's team randomly assigned 386 to treatment with omadacycline; another 388 were assigned to moxifloxacin. Both antibiotics were first given by IV once a day. After three days, patients could switch to pills.

Overall, 81 percent of omadacycline patients had an "early clinical response." That meant at least two of their symptoms -- such as chest pain, coughing and breathing problems -- improved significantly within three to five days.

That rate was just under 83 percent of patients on the standard antibiotic.

As for side effects, gastrointestinal woes -- nausea, vomiting and diarrhea -- were the most common issue with either antibiotic.

The effectiveness was similar in the second trial, of more than 600 patients with severe skin infections. Half were assigned to omadacycline, half to linezolid -- and the rates of early clinical response were about 85 percent in both groups.

Speaking to Chambers' point, Loh said that the new antibiotic is aimed at the type of patient who becomes sick out in the real world -- not the seriously ill hospital patient whose infection may resist the gamut of antibiotics.

"We're not the drug for that," Loh said.

On the other hand, he pointed out, there are reasons why certain patients cannot take the existing antibiotics: Some have conditions that put them at risk of rare, serious side effects, for example, while others are on medications that interact with the current drugs.

Omadacycline is another option, according to Loh.

He and Chambers also made this bigger point: No matter how many new antibiotics are created, the importance of "judicious" antibiotic use will never dim.

It's estimated that around half of antibiotic prescriptions in the United States are inappropriate, Chambers said.

"Inappropriate use has certainly been a big contributor to the problem we face now," he said.