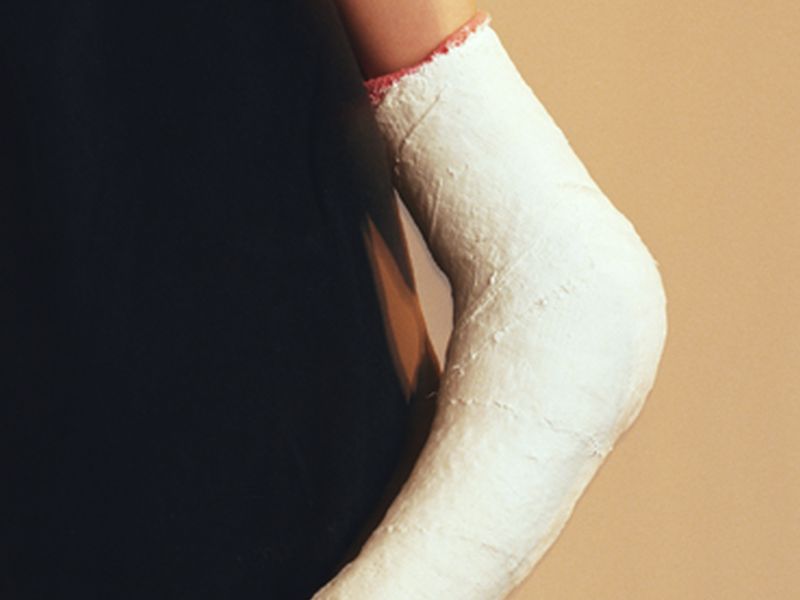 SUNDAY, Jan. 27, 2019 (HealthDay News) -- American parents aren't sure whether their teen and young adult children should be prescribed opioid painkillers, and many don't know there are other ways to get pain relief, a new survey finds.

The poll included more than 1,000 parents of children aged 13 to 24, one-third of whom had been prescribed opioid painkillers.

While more than half of the parents were concerned their child may be at risk for opioid addiction, nearly two-thirds believed opioid painkillers were better at controlling their child's pain after surgery or an injury than over-the-counter medications or non-drug treatments.

Many parents don't know or ask about those other options, according to the Jan. 27 survey commissioned by the American Society of Anesthesiologists (ASA).

"The survey results shed light on the country's conflicted relationship with and understanding of opioids. While most parents said they were concerned about side effects and risks such as addiction, improper or recreational use and overdose, they still thought opioids work best to manage pain," Dr. Linda Mason, ASA president, said in a society news release.

While 59 percent of parents said they would talk to their child's doctor about pain management options, only 37 percent of those whose children were prescribed opioids actually did.

The survey also found that nearly nine out of 10 parents knew that non-opioid, over-the-counter medications such as acetaminophen (Tylenol), ibuprofen (Advil or Motrin) and aspirin can be effective in treating pain. But few knew the same is true of other non-opioid options such as steroids (23 percent), antidepressants (9 percent), and anti-seizure medications (7 percent).

In addition, 15 percent of parents incorrectly said antibiotics are an effective pain reliever.

A number of non-drug treatments can help with pain, including nerve blocks, physical therapy, biofeedback, meditation, virtual reality, massage and acupuncture, according to the ASA.

While about four out of five parents said they could safely manage their child's opioid use if prescribed, the survey results revealed shortfalls.

Only half of the parents said they stored or would store opioids in a safe and secure place. This does not include the medicine cabinet, which can be accessed by others.

Sixty percent of parents whose children took opioid painkillers said they needed fewer than were prescribed, resulting in leftover medication.

But only 39 percent of all parents disposed or would dispose of leftover opioids as recommended, such as taking them to a collection center at a local police station or drug disposal program at a pharmacy or health clinic, flushing them down the toilet, or mixing them with dirt, kitty litter or coffee grounds before throwing them away.

"Opioids may not always be the best option. It really depends on the type of surgery and how long they are required," Mason said.

Short-term use of opioid painkillers can be safe and effective when properly managed, but more than 2 million Americans abuse them and there are more than 90 opioid overdose deaths every day in the United States.

Opioid-related deaths among children and teens nearly tripled between 1999 and 2016, driven mostly by prescription opioids, according to the ASA.

"It's critical that we recognize the gaps in opioid knowledge and work to correct them, ensuring everyone understands how to use them safely and minimize their risks," Mason said.

"A physician anesthesiologist or other pain management specialist can help parents address their child's pain and decrease the risk of opioid misuse and addiction," she explained.

"We also need to reassure parents that naloxone saves lives and needs to be widely available," she added.

Naloxone (brand name Narcan) is a lifesaving medication given via nasal spray or injection that rapidly reverses the effects of an opioid overdose.

The survey found that 71 percent of parents believed that having naloxone on hand is the same as having other lifesaving medications available for people who suffer from conditions such as allergies, asthma or diabetes. And 80 percent said they would be more comfortable having naloxone at home if their child or another family member was taking opioids.

However, 29 percent were concerned that having it on hand would encourage risky opioid use, the survey found.