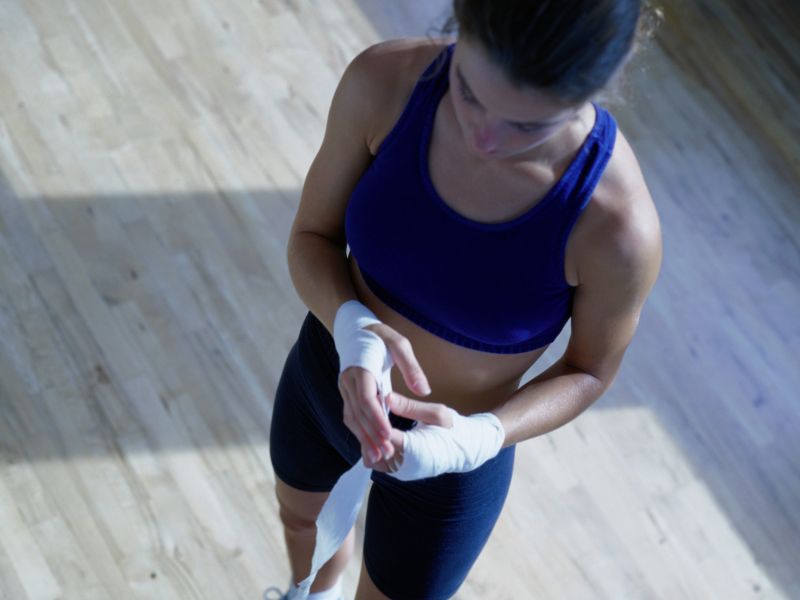 THURSDAY, Jan. 24, 2019 (HealthDay News) -- While some people fight the "battle of the bulge" for a lifetime, others seem to effortlessly stay slim. And now scientists say it all boils down to genetics.

Certain DNA helps decide whether weight gain is a torment or not for people, British researchers report.

"It's easy to rush to judgment and criticize people for their weight, but the science shows that things are far more complex," said study leader Sadaf Farooqi.

Instead, "we have far less control over our weight than we might wish to think," said Farooqi. She's a professor at the Wellcome-MRC Institute of Metabolic Science at the University of Cambridge.

"We stigmatize people based on weight and subconsciously blame them for not taking care of themselves," said Dr. Mitchell Roslin, chief of obesity surgery at Lenox Hill Hospital in New York City. "We state they lack willpower, but instead, this study shows that the most thin and the heaviest have genetic dispositions that control their body weight."

Of course, any number of factors affect weight, including eating habits and exercise levels. But some people stay thin despite unhealthy lifestyles, while others struggle with overweight and obesity despite their best efforts, the British team noted.

Prior studies on "obesity" genes have focused on people who were already overweight or obese.

But the new study also focused on thin people (those with a body mass index of 18 or below), trying to discover why they often have an easier time staying slim.

To do so, the Cambridge group analyzed the DNA of more than 1,600 thin, healthy Brits. They then compared that data with the genetics of nearly 2,000 severely obese people and more than 10,000 normal-weight people.

The researchers then added up the contribution of the different genetic variants to calculate each person's "genetic risk score."

"As anticipated, we found that obese people had a higher genetic risk score than normal-weight people, which contributes to their risk of being overweight," study co-author Ines Barroso, of the Wellcome Sanger Institute, said in a university news release.

"The genetic dice are loaded against them," Barroso said.

Thin people also had fewer genetic variants known to raise the odds of being overweight, according to the study published Jan. 24 in the journal PLoS Genetics.

Farooqi's conclusion: "Healthy thin people are generally thin because they have a lower burden of genes that increase a person's chances of being overweight and not because they are morally superior, as some people like to suggest."

These "thin genes" appear to be passed along through generations, the study authors added. About 74 percent of the thin people in the study had a family history of people being thin and healthy.

Does all of this mean that less genetically gifted people should just shrug and give in to becoming obese? Not so, said nutritionist and weight-management expert Michelle Milgrim.

"While genetics may play a leading role in determining our 'weight destiny,' there is a growing body of research to suggest that how we live our lives is as important as our genetic predispositions," said Milgrim, who manages employee wellness at Northwell Health in New Hyde Park, N.Y.

"Staying active, sitting less, cutting out processed and fast foods, and focusing on eating a balanced diet of whole foods are general healthy recommendations for everyone, despite your genes," she said.

In the meantime, the Cambridge researchers said their research might someday end up helping everyone stay thin, regardless of their personal DNA.

"We already know that people can be thin for different reasons" Farooqi said. "Some people are just not that interested in food whereas others can eat what they like, but never put on weight. If we can find the genes that prevent them from putting on weight, we may be able to target those genes to find new weight-loss strategies and help people who do not have this advantage."