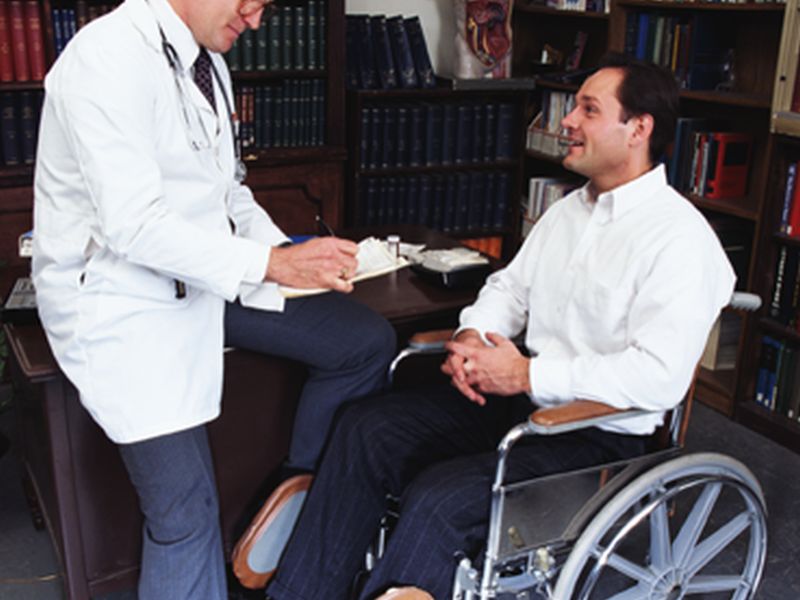 The medication is called rituximab (Rituxan). It's used to treat a number of conditions, including certain blood cell cancers and the autoimmune condition rheumatoid arthritis.

The new Swiss study found that MS patients taking the drug reported less disabling symptoms over a 10-year period than those who didn't. People taking rituximab also had a slower progression of MS symptoms.

It's important to note that the study was small, with 88 people, of whom only 44 received the medication, said Nicholas LaRocca, vice president of health care delivery and policy research for the National Multiple Sclerosis Society.

"This is a potentially valuable treatment, but there are still a lot of questions. Other studies are underway looking at the value of rituximab," LaRocca said.

With multiple sclerosis, the immune system turns against the central nervous system. Inflammation caused by the immune system damages a fatty substance called myelin that surrounds nerve cells, according to the National MS Society.

Symptoms of the disease vary from person to person, but may include fatigue, dizziness, problems walking, numbness or tingling, vision problems, pain, depression, bowel and bladder problems, muscle spasms and trouble with thinking and memory, according to the society.

MS usually begins as a relapsing-remitting disease. Sometimes it's active, and sometimes it's not. Most people with this form of MS will eventually transition to secondary progressive MS, which leads to more neurological problems and disability.

LaRocca said rituximab appears to work by affecting B-cells in the immune system. These cells have been implicated in the development of MS in other research, according to background information in the latest report.

Dr. Asaff Harel is a neurologist at Lenox Hill Hospital in New York City. He said, "This is an interesting, but limited, study that suggests that rituximab, a B-cell therapy, may be beneficial in the treatment of secondary progressive MS."

While those who got the drug tended to have lower progression of disabling symptoms, Harel said that "baseline differences in the two populations, such as age and the presence of relapses or new lesions, could cloud the results."

LaRocca said there was also a difference in the types of treatments the two groups had been exposed to prior to this study, which could have affected the results.

Rituximab isn't approved by the U.S. Food and Drug Administration for treating MS. Because of this, LaRocca said it wasn't clear if all insurance companies would cover its cost.

But, he said that it's reasonable for people to ask their physicians what they think of the drug and whether or not it might be an option for them.

Both experts said that more study is definitely needed to see if the drug is truly effective, along with answering other important questions, such as what's the optimal dose and how long can someone go between drug infusions?

The report was published online Jan. 7 in JAMA Neurology.