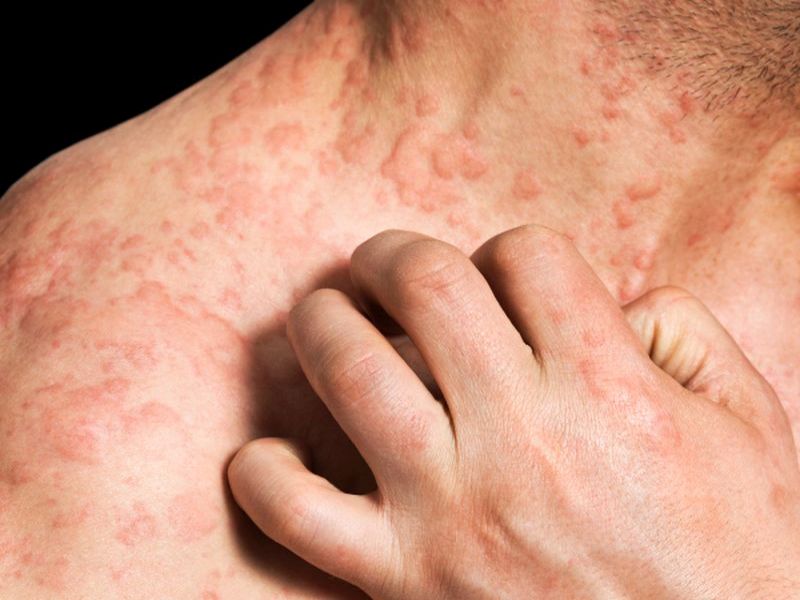 WEDNESDAY, Dec. 12, 2018 (HealthDay News) -- Nearly 28 million Americans are affected by the skin condition eczema, and for some it may become so chronic and severe they consider suicide, new research shows.

A new review of data from 15 studies, involving over 300,000 people, found that those with eczema had a 44 percent higher risk of suicidal thoughts compared with people without the immunological disease.

People with eczema also had a 36 percent higher rate of suicide attempts, the study found.

Eczema is an inflammatory skin condition that often involves painful itch, blisters and sores. People can also have trouble sleeping due to itchiness and other symptoms.

The disease can vary in severity and can be socially debilitating, prior research has shown. One such study involved 600 eczema patients interviewed by researchers at Northwestern University in Chicago.

That study found that even for people with mild eczema, nearly 18 percent said they avoided socializing because of their appearance, while 23 percent said they limited their daily activities. Those figures rose to 40 percent and 43 percent, respectively, when moderate and severe patients were included.

The findings were published in July in the Annals of Allergy, Asthma and Immunology.

"Because of the visibility of the disease, patients may experience shame, embarrassment and stigmatization," Armstrong's team said. This can affect a child's performance at school or an adult's ability to thrive in the workforce, they explained.

To learn more, the investigators analyzed data from 15 studies on eczema's emotional toll on patients.

The findings showed that "patients with atopic dermatitis are at significantly greater risk of suicidal ideation and suicide attempts," and the level of distress rose along with the severity of the skin disease, according to the report.

For example, while less than one percent of people with mild eczema said they had suicidal thoughts, that number rose to nearly 20 percent for those with severe disease, the researchers found.

Eczema "can be mentally stressful for patients who suffer from it," said Dr. Michele Green, a dermatologist at Lenox Hill Hospital in New York City. She believes the study reinforces the need for treatments that minimize the illness, to help patients mentally cope.

Now, the new study "casts light that dermatologists should screen for mental health in [these] patients," as well, Madan said.

For their part, Armstrong's team stressed that treatments that ease eczema severity are available.

Immune-targeted treatments, "such as interleukin 4 and interleukin 13, have been shown to decrease symptoms of depression and anxiety in patients," the study authors wrote. And as physical symptoms subside, and the social stigma around the illness eases, "we can work toward reducing suicidality in patients with [eczema]," the team noted.

The new findings were published online Dec. 12 in JAMA Dermatology.