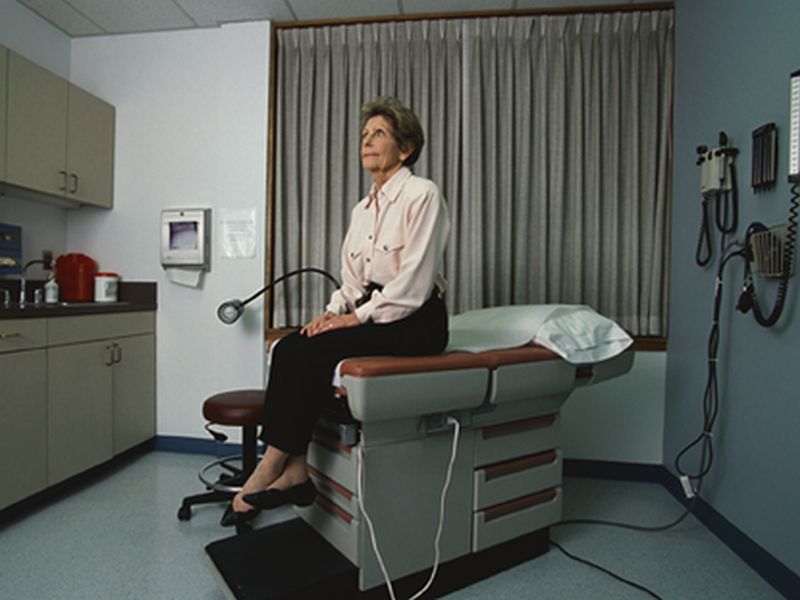 The finding concerns three widely used quick dementia tests: the "Mini-Mental State Examination" (intended to assess mental orientation and verbal memory); the "Memory Impairment Screen" (which tests verbal memory); and "Animal Naming" (which gives patients one minute to quickly name as many animals as they can).

The result: more than one-third of the patients were misclassified -- as either having or not having dementia -- by at least one of the rapid tests in question.

"Dementia can be difficult to accurately detect, particularly in a primary care setting," said study lead author Janice Ranson. But the rapid tests "are important screening tools to help clinicians decide who is likely to benefit from further testing for dementia," she acknowledged.

"Our results suggest that some of the misclassification is due to test biases, such as a patient's age, ethnicity or education level," she added.

Ranson is a doctoral researcher in clinical epidemiology at the University of Exeter Medical School in England.

She and her colleagues reported their findings in the Nov. 28 online issue of the journal Neurology: Clinical Practice.

Ranson said quick tests are "routinely used" by primary care doctors as an initial screening. And if signs of dementia are found, a "full dementia investigation" typically ensues.

The study included just over 800 patients in the United States who underwent the tests. The participants ranged in age from 70 to 110, with an average age of 82.

These comprehensive assessments revealed that about one-third of the patients had dementia.

All of the participants subsequently underwent each of the three quick dementia tests.

But when the research team compared the quick test results with the in-depth results, they found that 36 percent of the patients were mistakenly diagnosed by at least one of the quick tests.

Interestingly, the researchers found that individually, each quick test actually had a misdiagnosis rate of 14 to 21 percent, and only 2 percent of the patients were misdiagnosed by all three tests.

Why? Each test appeared to have a different problematic bias, the study authors said. For example, while one test appeared to underdiagnose dementia in highly educated patients, others appeared to miss the mark based on patient age, race or nursing home status.

"Each test is biased in different ways," said Ranson, "and so some tests are more accurate than others for certain patient groups. While these results are at first concerning, knowing the specific limitations for each test will help clinicians decide which is the most appropriate for their patient."

"We desperately need more accurate and less biased ways of detecting dementia swiftly in clinic," said Ranson. "We are therefore developing new technology, using data science and artificial intelligence, to help clinicians get the best outcome for their patients. We are working hard to improve these tests with a more personalized approach to cognitive testing."

Keith Fargo is director of scientific programs and outreach with the Alzheimer's Association, in Chicago. "Diagnosing Alzheimer's and other forms of dementia is an incredibly complex process, and not something that can be done on the quick," he said.

"Simple cognitive tests can be a helpful first step toward diagnosis, but as the study points out, are imperfect," Fargo explained.

"The Alzheimer's Association supports efforts to better understand and account for potential biases in short assessments for cognitive impairment," Fargo added. "Ensuring a timely and accurate diagnosis is critical, and this study identifies important biases that need to be considered when using these preliminary assessments."