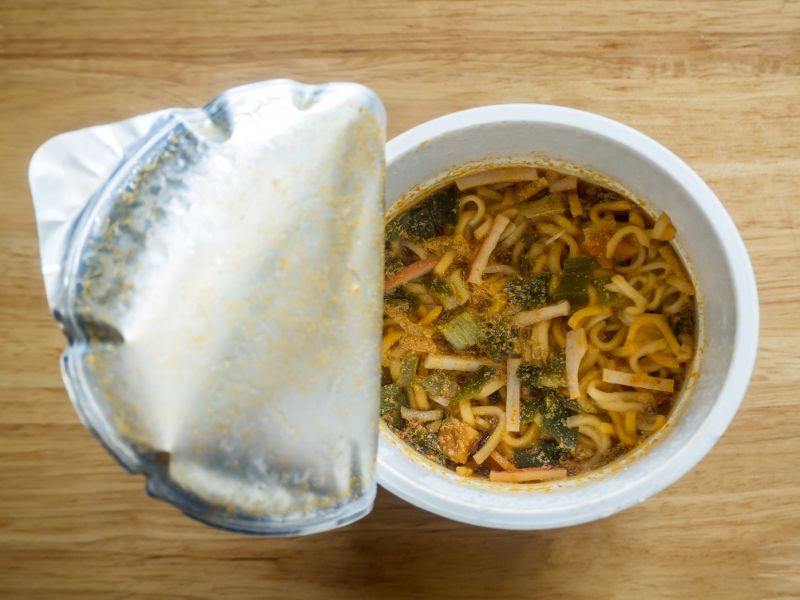 FRIDAY, Nov. 2, 2018 (HealthDay News) -- Many kids love a quick bowl of instant soup or tasty noodles, but these fast foods cause almost 10,000 scald burns in children each year in the United States, a new study estimates.

What's more, researchers found that two out of every 10 scald burns that send kids to the ER are caused by microwavable instant soup spills.

"We suspect that, in terms of risk, parents may think things coming out of the microwave may be somewhat safer than things coming off the stove," said study author Dr. Courtney Allen. She is a pediatric emergency medicine fellow at Emory University in Atlanta.

But since so many burns are caused by microwavable instant soup and noodles, "any school-age child consuming these products needs to be adequately supervised," she said.

"We do see instant soup and noodle burns with kids in this age group," he said.

The good news is that most of the children were treated in the emergency room and then sent home, Cooper noted. Most didn't have to stay in the hospital, and would likely heal in two weeks or less.

"These burns are painful, but most appear to be superficial," he explained.

Cooper said the scenario he often sees is that the parent has heated the prepackaged container of soup, and given it to the child. While eating, the child knocks it over and gets burned.

A simple solution might be taking the noodles or soup from the original container and transferring them to a bowl the child is accustomed to using, Cooper suggested. A bowl probably isn't as tall as some of the instant-food containers.

For the study, the researchers reviewed data from the U.S. National Electronic Injury Surveillance System from 2006 to 2016. They looked for kids aged 4 to 12 with scald burns caused by microwavable instant soup, instant noodles, cups of soup, or water for making instant soup.

Scald burns associated with instant soups and noodles affected more than 9,500 children each year, the findings showed. The average age of a child with such a burn was 7 years old.

The most commonly burned site was the child's torso -- about 40 percent of burns occurred here.

Allen said the database didn't specify whether kids had cooked the foods in the microwave themselves, or if parents or another caregiver had done so.

She added that injuries may occur when someone grabs a hot container from the microwave and flinches because it's so hot, spilling it on themselves.

Allen also noted that instant noodles absorb the liquid during cooking. So if a child drops a container of noodles, the hot food may stick to the body.

Cooper said the study shows a need for more education of parents, grandparents and other caregivers. "People need to be more aware that these burns can happen," he said.

The study is scheduled for presentation Monday at an American Academy of Pediatrics meeting, in Orlando. Research presented at meetings should be considered preliminary until published in a peer-reviewed journal.