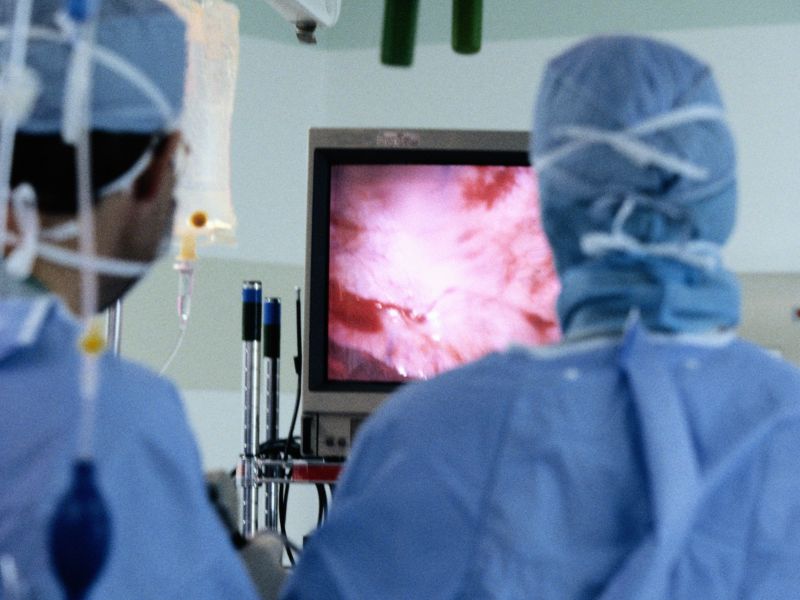 However, two new studies could change all that. Both found the approach was linked to a higher rate of cancer recurrence, plus worse long-term survival, compared to more "open" surgeries.

"Minimally invasive surgery was adopted as an alternative to open radical hysterectomy before high-quality evidence regarding its impact on survival was available," said Dr. Jose Alejandro Rauh-Hain of the University of Texas MD Anderson Cancer Center in Houston, who helped lead the study.

Speaking in a university news release, Rauh-Hain said he was "surprised" to find that the technique "negatively affected oncologic outcomes for women with early stage cervical cancer."

Dr. Alexander Melamed, a gynecologic oncologist at Massachusetts General Hospital (MGH) in Boston, was co-lead researcher on the study with Ruah-Hain. He noted that a second study -- this time an international clinical trial -- has found similar results.

Taken together, the data should change clinical practice, Melamed said in an MGH news release.

"Personally, I will not offer minimally invasive radical hysterectomy to patients who come to me for cervical cancer treatment, until compelling new research demonstrates a minimally invasive approach that does not carry these risks," he said.

Both studies were published online Oct. 31 in the New England Journal of Medicine.

Each year, over 13,000 new cases of cervical cancer are diagnosed in the United States, and nearly 4,200 women will die of the disease, according to the American Cancer Society. Radical (complete) hysterectomy is standard treatment.

As the researchers explained, oncologic surgeons largely abandoned "open" surgeries for radical hysterectomy years ago with the advent of small-incision, laparoscopic techniques.

The use of robot-assisted surgery only accelerated the move away from traditional "open" operations.

Initial studies appeared to support the use of the minimally invasive techniques. However, patient follow-up times in those trials were relatively short. The two new studies were different, tracking outcomes for more than four years after surgery.

In the study led by Ruah-Hain and Melamed, researchers assessed outcomes for nearly 2,500 patients in the U.S. National Cancer Database who underwent radical hysterectomy for early stage cervical cancer from 2010 through 2013.

In the four years after their procedures, 94 patients in the minimally invasive group died from any cause, compared with 70 patients in the open surgery group. That works out to a 9 percent risk of death in the minimally invasive group and a 5 percent risk in the open surgery group -- a significant difference, the study authors said.

But after 2006, survival rates began to fall by about 0.8 percent per year, the team reported. That suggests a true cause-and-effect relationship.

"This result is very surprising, since randomized trials have demonstrated the safety of minimally invasive surgery for uterine, gastric and colorectal cancers," Melamed said.

"Our own work using similar methods to investigate minimally invasive surgery for ovarian cancer found no association with increased mortality, so it seems clear that something very different may be going on in cervical cancer," he added.

The second study published in NEJM was a clinical trial led by Dr. Pedro Ramirez, also of the Anderson Cancer Center in Houston. He said that long patient follow-up was key.

"Until now, data [has] focused primarily on surgical outcomes and the immediate period after, such as the recovery of the patient, length of stay, transfusion needs, and overall return to functional daily activities," Ramirez explained.

His team's study was "the first to prospectively compare the two surgical approaches and evaluate oncologic [cancer] outcomes, including disease-free and overall survival and recurrence rates," Ramirez explained in the cancer center news release.

Then came the surprising result: Women who got the minimally invasive technique had triple the odds of disease progression over the next 4.5 years, compared with standard surgery, the team found.

And while 96.5 percent of patients who got open surgery were still alive without any signs of cervical cancer more than four years later, the same was true for only 86 percent of women who'd undergone the minimally invasive approach.

The results were so striking that the study was cut short in 2017 to safeguard patients.

The research "reinforces the need for more randomized clinical trials in the field of surgery," Ramirez said.

Melamed added that "it's important to note that our study doesn't explain why [the risk of death] is higher among women who have minimally invasive surgery."

He speculated that "there could be something technical about minimally invasive radical hysterectomy that is different from the open procedure and makes a difference for long-term survival. An alternative explanation is that U.S. surgeons could have been less experienced with the minimally invasive procedure than with open surgery during the study period."

Melamed said patients can still opt for the minimally invasive approach, but only after considering the new data.

"Surgeons who wish to offer minimally invasive radical hysterectomy to cervical cancer patients must ensure they are informed of these risks," Melamed said.

But now, "given the burden of published evidence, minimally invasive surgery cannot be considered as the standard of care for patients with early cervical cancer," he said.

Further research might still support a role for the approach, however. Alagkiozidis noted that most of the minimally invasive operations included in the studies did not include robotic technologies.