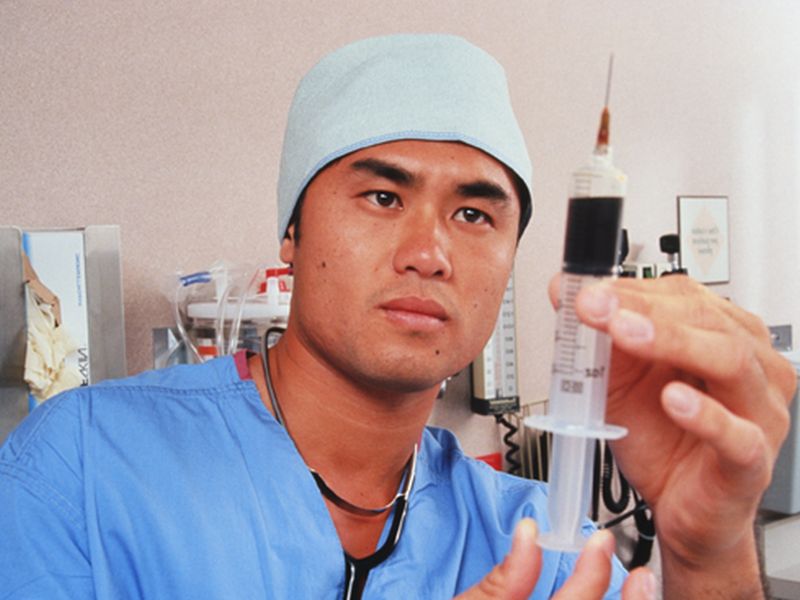 WEDNESDAY, Aug. 29, 2018 (HealthDay News) -- A drug used to treat a rare and deadly muscle-wasting disease in children still improves muscle control even if treatment begins at a later age, a new study found.

Spinal muscular atrophy (SMA) is a leading genetic cause of death in infants worldwide. It attacks nerve cells in the spinal cord, leading to muscle weakness, which can affect breathing, swallowing, walking and head control.

SMA type 1 is the most common and severe form of the disease. It starts before 6 months of age, with infants never gaining the ability to sit up. The median survival rate is eight to 14 months. That means half have shorter lives, half longer.

This new study included 33 children, ages 8 months to 8 years, with SMA type 1. They were given an injection of the drug nusinersen (Spinraza) into the spinal canal.

The drug increases production of a protein essential for motor neurons in the spinal cord to survive. It was approved by the U.S. Food and Drug Administration in December 2016, and is the first and only approved treatment for all types of SMA.

Six months after the injection, all 33 children had significant muscle control improvements, even the oldest, the researchers reported.

Five patients, ranging from 18 months to 4 years of age when they got their first injection, were able to sit up without support for the first time.

The study was published Aug. 29 in the online issue of the journal Neurology.

"This study is exciting because we found participants had motor function improvement six months after receiving treatment, even an 8-year-old participant," study author Dr. Laurent Servais said in a journal news release.

Servais is a pediatric neurologist at Pitie-Salpetriere Hospital in Paris, France, and Citadelle Hospital in Liege, Belgium.

"The overall response was to the same extent as that in the previously studied younger population," he noted.

"Spinal muscular atrophy type 1 is a devastating disease, and it is encouraging to see that nusinersen may also help people who are at a later stage in the disease process," Servais said.

More research is needed, he said, to find out if genetic factors affect differences in patients' response to treatment.