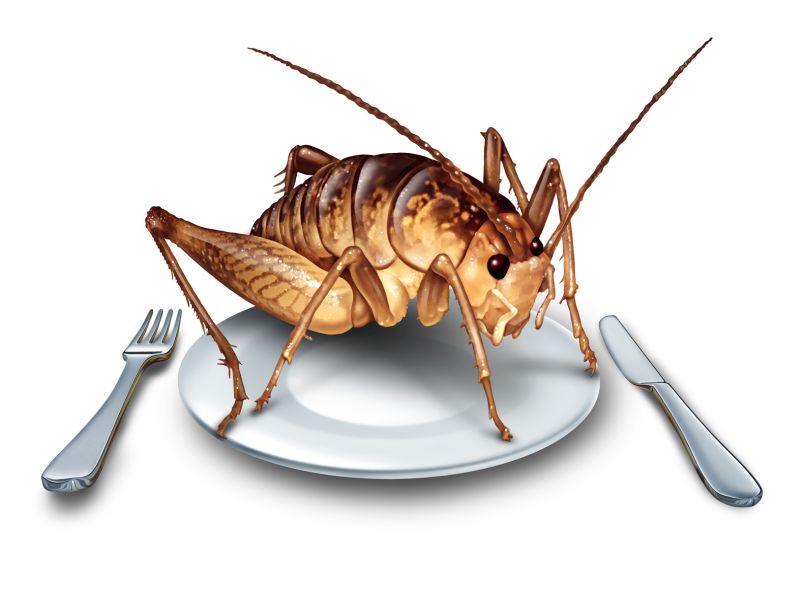 MONDAY, Aug. 13, 2018 (HealthDay News) -- Jiminy Cricket! New research suggests that saving room on your plate for some crunchy, chirpy protein might be good for your health.

Specifically, eating crickets may help improve the natural bacteria in your gut (microbiome) and reduce inflammation in your body.

In a small pilot trial, the study team gave 20 volunteers a bugs-for-breakfast diet for two weeks. But, they gave them a more palatable form of crickets -- a powder made from the large insects was turned into muffins or shakes.

"Insects are novel to the American diet, but they should be considered a potentially helpful food that contains important nutrients and fibers that could have benefits to our overall health, including our gut microbiome," said the study's lead author, Valerie Stull. She is a researcher at the Center for Sustainability and the Global Environment at the University of Wisconsin, Madison.

"This is a small study, however, so more research is needed to better understand these effects," she added.

And for those totally grossed out by the thought of eating bugs, what does Stull suggest?

"Even the most open-minded Americans struggle with the idea of eating insects -- at least at first. It just isn't part of our food culture," she said. But, if you're willing to try a diet with bugs, Stull said that "edible insects are nutritious and often delicious."

And, she noted, "What's the real difference between a cricket and a lobster? One arthropod is on land, the other in the ocean."

Stull said about 2 billion people worldwide consume bugs as part of their diets. She said that she initially became interested in using insects for food as part of her interest in environmental sustainability.

"There is so much untapped potential when it comes to utilizing edible insects. They are abundant, and when farmed, can generate a high-quality protein with a substantially lower environmental impact than traditional livestock. They need less feed, land and water to grow -- and they generate fewer greenhouse gases," she explained.

However, she doesn't see insects as a panacea. "I don't believe that edible insects are the silver bullet for solving all of our current agriculture, health, and environmental challenges. But they certainly have potential," she said.

Still, she wondered, what's the impact of eating bugs in the human body. Is it safe? Is it healthy?

That's where the current study comes in.

Crickets and other insects have fibers, such as chitin. These are different from the dietary fiber found in fruits and vegetables. Some types of fiber help the body's beneficial bacteria population grow. These are known as probiotics.

And, the current study showed that eating a diet of crickets in the morning helped one probiotic in particular, Bifidobacterium animalis, to flourish. This probiotic strain has been linked to better gut function, the researchers said.

Using blood and stool samples, they also saw evidence of reduced inflammation in the body. Inflammation has been linked to many disorders, such as depression and cancer, the study team noted.

"The study was really small and only lasted for two weeks so we don't know if these changes would last even if people kept eating the cricket breakfast," she said.

If you're interested in changing your body's microbiome for the better, Heller said "eating a healthy, plant-based diet, getting regular exercise and managing stress all seem to support a healthy gut."

Stull said that the microbiome's make-up changes rapidly. So, it's clear that to get the benefits from insects in your diet, you would need to regularly consume the crunchy protein.

Stull noted one caveat for potential cricket connoisseurs -- if you're allergic to shellfish, it's possible you'll be allergic to crickets, too.

The study was published online recently in Scientific Reports.