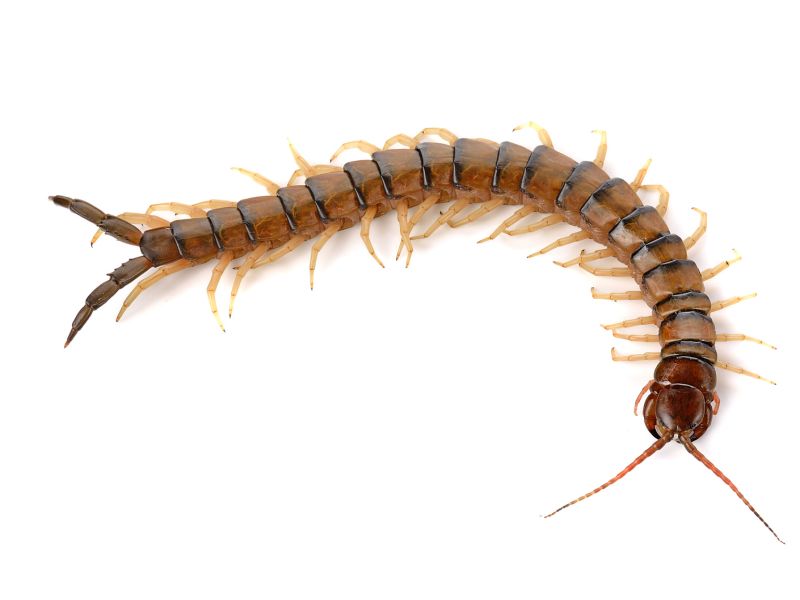 MONDAY, July 30, 2018 (HealthDay News) -- Eating raw centipedes never sounds like a good idea, but for two people in China it turned out to be downright dangerous.

In a new case report, doctors say the people became infected with a foodborne parasite called rat lungworm after they ate raw centipedes.

The parasite is found in certain parts of the United States.

Rat lungworm, which earned its nickname for its preference for the pulmonary arteries of rats, can cause mild infections that may go away on their own. But it can also penetrate the brain and spinal cord, resulting in meningitis (infection of the fluid around the brain) and, in rare cases, paralysis and death.

It's the first time that rat lungworm, or Angiostrongylus cantonensis, has been detected in centipedes, the researchers said. It's typically found in snails and other mollusks.

The parasite is mainly found in China and Southeast Asia. But it also has been detected in Hawaii, Louisiana, South Florida, the Caribbean and Africa, according to the U.S. Centers for Disease Control and Prevention.

Centipedes are widely used in traditional Chinese medicine, usually in dried or powder form, which does not transmit rat lungworm, the case report authors explained.

Their findings were published July 30 in the American Journal of Tropical Medicine and Hygiene.

"We don't typically hear of people eating raw centipedes, but apparently these two patients believed that raw centipedes would be good for their health," said report co-author Lingli Lu, from the department of neurology at Zhujiang Hospital in Guangzhou.

"Instead, it made them sick," Lu added in a journal news release.

The patients were a 78-year-old woman and her 46-year-old son who lived in a rural area where a rumor was circulating that eating raw centipedes could improve health.

The woman first arrived at the hospital complaining of a headache, fatigue and foggy thinking that had lasted for weeks, according to the report.

An exam and test pointed to meningitis. After further tests ruled out viral or bacterial causes, the physicians probed her cerebrospinal fluid and discovered a high number of eosinophils -- a type of white blood cell -- and antibodies to rat lungworm in her blood.

"Further questions about the patient's history showed that she had eaten centipedes without cooking them on several occasions," the report authors noted.

Just a few weeks later, her son came to the hospital complaining of a "mild headache that had lasted for more than 20 days." He said that he had also eaten raw centipedes. Tests produced the same diagnosis for the son.

Both patients were given a 21-day course of the anti-parasitic drug albendazole and a two-week course of the steroid dexamethasone, to address the inflammation that arises as the parasites die. Both mother and son were cured, the researchers said.

But the researchers did not stop there.

They purchased 20 centipedes from the market where the woman and her son had bought their centipedes. The immature, or larvae, form of A. cantonensis was detected in seven of the creatures.

"This study shows why it's important to have physician scientists who can both treat patients and identify and investigate unusual cases that may have broader implications for public health," said Dr. Regina Rabinovich, president of the American Society of Tropical Medicine and Hygiene.

"The researchers not only found the source of infection in the laboratory, they did the work to show the wild centipedes were in supply at market and could have been a viable source of transmission," Rabinovich noted.