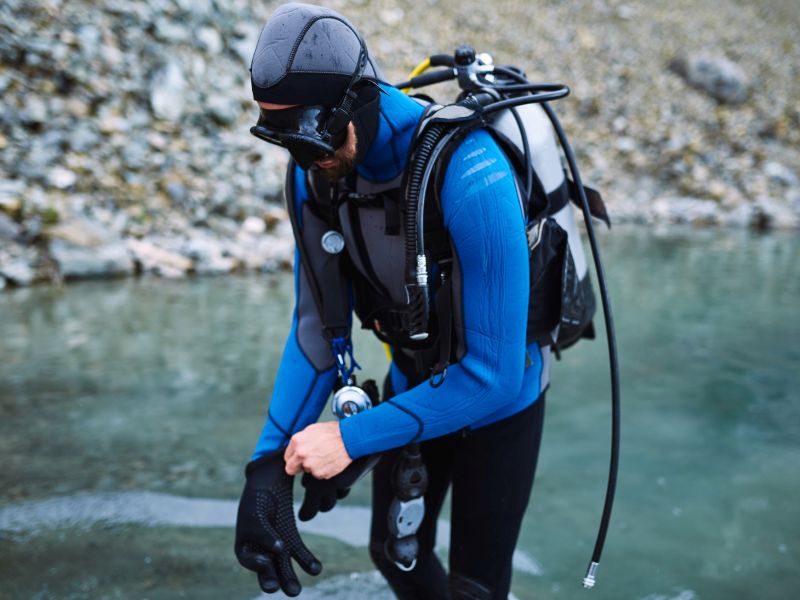 THURSDAY, July 26, 2018 (HealthDay News) -- Scuba diving might sound like a great adventure, but a new report warns that if you are older and overweight, you have a higher chance of having a heart attack while underwater.

These divers need to address any health problems that might increase their risk of heart attack and see their doctor for regular fitness tests, the researchers said.

"Cardiac issues are now a leading factor in diving fatalities," said study author Peter Buzzacott, from the University of Western Australia. "Divers who learned to dive years ago and who are now old and overweight, with high blood pressure and high cholesterol, are at increased risk of dying."

Recreational diving deaths are rare (181 worldwide in 2015), but the number of deaths caused by heart problems is on the rise. Such deaths are now second only to drowning as a cause of death, the researchers noted in a news release from the European Society of Cardiology.

The findings were published July 26 in the European Journal of Preventive Cardiology.

New divers are screened for fitness but, after that initial screening, certification to scuba dive lasts for a lifetime, Buzzacott noted.

"This is where we see an increase in risk," he said in the news release. "It's not commonly new divers who have health problems, because they have been recently screened. It is older divers who have not looked after their health."

One-third of the scuba divers were aged 50 or older. More divers (54 percent) had smoked cigarettes at some point than non-divers (46 percent), but more divers had given up smoking (40 percent versus 26 percent).

Compared to non-divers, more divers were overweight (48 percent versus 43 percent), but had lower mean body mass index overall (26 versus 27). Body mass index is an estimate of body fat based on height and weight.

Thirty-three percent of divers had been diagnosed with high blood pressure and 30 percent had high cholesterol. Those rates were similar to non-divers, the study authors said.

"Never before in history have so many people been exposing themselves to these extraordinary environmental stresses and, for the first time ever, we now have a large number of people who have spent their entire lives regularly scuba diving," Buzzacott said.

But, he added, "None of us are as young as we once were, and it is important that we stay in shape for diving."