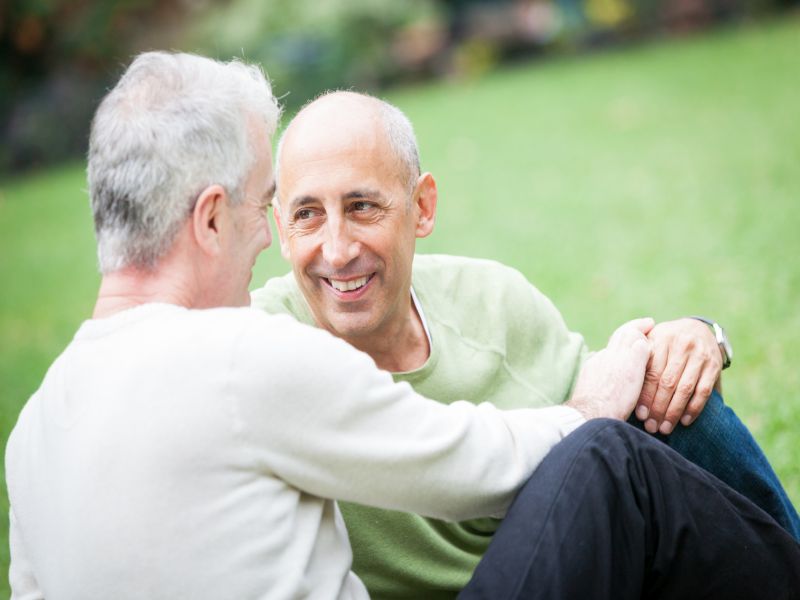 SUNDAY, July 22, 2018 (HealthDay News) -- Dementia strikes about one in 13 lesbian, gay or bisexual seniors in the United States, a new study finds.

"Current estimates suggest that more than 200,000 sexual minorities in the U.S. are living with dementia, but -- before our study -- almost nothing was known about the prevalence of dementia among people in this group who do not have HIV/AIDS-related dementia," said Jason Flatt. He is an assistant professor at the University of California, San Francisco School of Nursing.

The study included more than 3,700 lesbian, gay and bisexual adults, aged 60 and older. Over an average follow-up period of nine years, the rate of dementia in this group was 7.4 percent. The dementia rate among Americans aged 65 and older is about 10 percent.

The study was to be presented Sunday at the Alzheimer's Association annual meeting, in Chicago.

But "future studies aimed at better understanding risk and risk factors for Alzheimer's and other dementias in older sexual minorities are greatly needed," he added.

High rates of depression, high blood pressure, stroke and heart disease among sexual minorities may contribute to their dementia risk, the researchers say.

"Encouraging people to access health care services and make healthy lifestyle changes can have a positive impact on both LGBT and non-LGBT communities," said Sam Fazio, director of quality care and psychosocial research for the Alzheimer's Association.

But effective outreach to LGBTgroups must be sensitive to racial, ethnic and cultural differences, Fazio added. This could result in earlier diagnosis, which has been linked to better outcomes, he said.

Flatt added that the study points to important implications for meeting the long-term caregiving needs of the LGBT community.

"Given the concerns of social isolation and limited access to friend and family caregivers, there is a strong need to create a supportive health care environment and caregiving resources for sexual minority adults living with dementia," Flatt said.

Research presented at meetings is usually considered preliminary until published in a peer-reviewed medical journal.