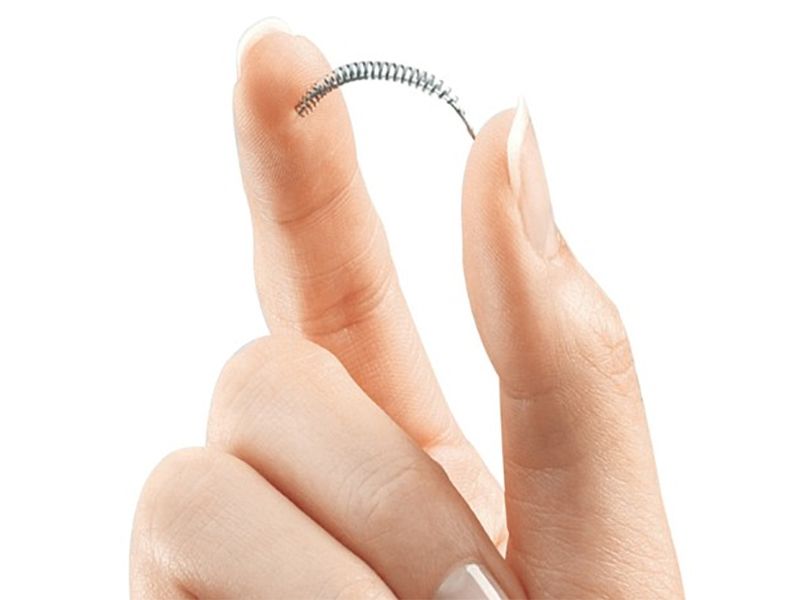 FRIDAY, July 20, 2018 (HealthDay News) -- Amid lawsuits and plummeting sales for its Essure birth control device, drug giant Bayer announced Friday that it would cease U.S. sales of the product by the end of 2018.

"This decision is based on a decline in U.S. sales of Essure in recent years and the conclusion that the Essure business is no longer sustainable," Bayer said in a statement. The United States was the last country in which Bayer marketed Essure, the Washington Post noted.

The announcement comes after years of claims by thousands of American women who used the implant that Essure caused serious problems. Those problems include chronic pain and perforations of the uterus and fallopian tubes.

Essure is made of two inch-long flexible metal coils. In a short procedure, doctors insert the device via the vagina and cervix into the fallopian tubes. Then, scar tissue slowly forms around the implant, blocking passage of the egg from the ovaries to the uterus via the fallopian tubes.

But claims by users that Essure "migrated," causing pain or unintended pregnancies, have plagued the device, and sales have fallen by 40 percent over recent years, the Post said.

Bayer denies that Essure is unsafe or ineffective, and in Friday's statement said that women currently using the product can "confidently" rely on it.

Critics of the device are numerous, however, and a 37,000 member-strong FaceBook group called "Essure Problems" has long pressured the U.S. Food and Drug Administration to ban the device.

While the agency has said that Essure's benefits outweigh its risk, it did slap a "black box" warning on the implant in 2016, and ordered more safety studies. And in February, the FDA ordered that Essure only be sold through doctors who guaranteed that women were being fully informed about risks connected to the device.

In a statement released Friday, agency Commissioner Dr. Scott Gottlieb said that "even when Essure is no longer sold, the FDA will remain vigilant in protecting patients who've already had this device implanted." That includes monitoring "adverse event" reports and holding Bayer to its promise to conduct further safety studies.

"I also want to reassure women who've been using Essure successfully to prevent pregnancy that they can continue to do so," he said.

"Those with Essure who suspect they may be having symptoms related to the device, such as persistent pain, should consult with their doctor on what steps may be appropriate for them to take," Gottlieb continued. "Device removal has its own risks. Patients should discuss the benefits and risks of any operation or procedure with their health care providers before deciding on the best option for them."