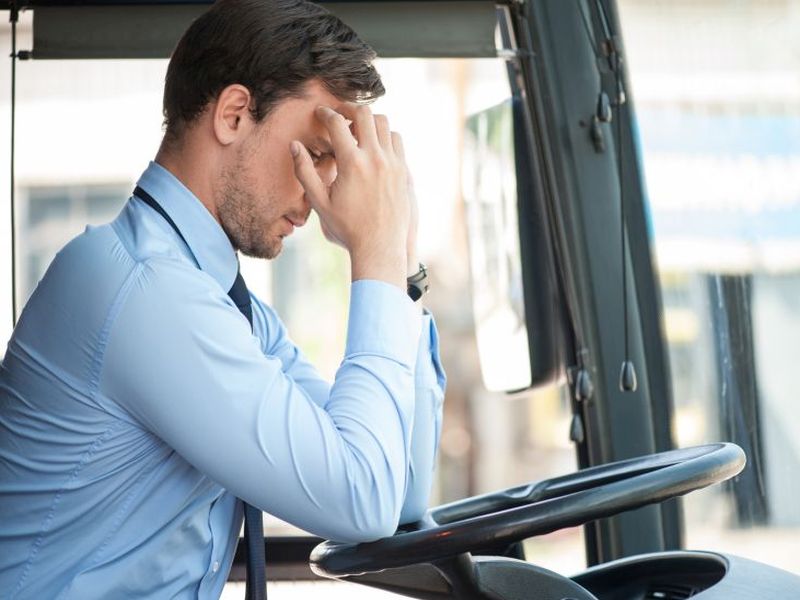 Folks at greatest risk? Those in psychologically demanding jobs that give employees little control over their work. For example, assembly line workers, bus drivers, secretaries and nurses, the researchers said.

"Prolonged periods of stress at work is likely to increase the risk of atrial fibrillation," said lead researcher Eleonor Fransson, an associate professor of epidemiology at Jonkoping University.

Atrial fibrillation, or a-fib, is the most common heart rhythm abnormality, affecting millions of American adults.

The condition causes palpitations, weakness, fatigue, light headedness, dizziness and shortness of breath. It can also lead to stroke and premature death, the study authors explained in background notes.

Fransson cautioned that this kind of study cannot prove that job strain causes atrial fibrillation, only that the two seem to be associated.

However, other studies have shown that work stress is related to increased risk of heart attack and stroke, she noted.

"Our study adds further support that it is important to take into account psychosocial factors, such as stress, in preventing heart disease," Fransson said.

Dr. Gregg Fonarow, a professor of cardiology at the University of California, Los Angeles, said it's not clear if reducing work stress can prevent atrial fibrillation.

"Further studies will be needed to determine if reduction of work-related stress or other mitigating strategies can reduce the risk of developing atrial fibrillation," he said.

For this study, Fransson and colleagues collected data on more than 13,000 people who took part in the Swedish Longitudinal Occupational Survey of Health in 2006, 2008 or 2010.

Participants were employed and had no history of atrial fibrillation, heart attack or heart failure.

Survey questions asked about job strain: For example, Must you work very hard or very fast? Do you have enough time to complete your work tasks? Does your work include a lot of repetition? Can you decide how and what to do at work?

Over an average follow-up of six years, researchers identified 145 cases of atrial fibrillation.

People who reported the most stress were 48 percent more likely to develop atrial fibrillation than those with the least stressful jobs, Fransson said.

The risk remained even after the researchers took into account other factors, such as smoking, physical activity, weight and high blood pressure.

Fransson's team also pooled these data with results from two similar studies. In that analysis, the investigators found that job stress was associated with a 37 percent increased risk for atrial fibrillation.

Dr. Byron Lee, a professor of medicine at the University of California, San Francisco, said, "This study confirms the connection between stress and atrial fibrillation. Therefore, atrial fibrillation patients should try to reduce stress as much as possible."

Of course, any job can be stressful, said Fransson. Still, "work stress may be a modifiable risk factor for atrial fibrillation," she added.

But if changing to a less stressful job isn't possible, Lee suggests taking up an activity like yoga, which has been proven to reduce both stress and atrial fibrillation.

The report was published June 4 in the European Journal of Preventive Cardiology.