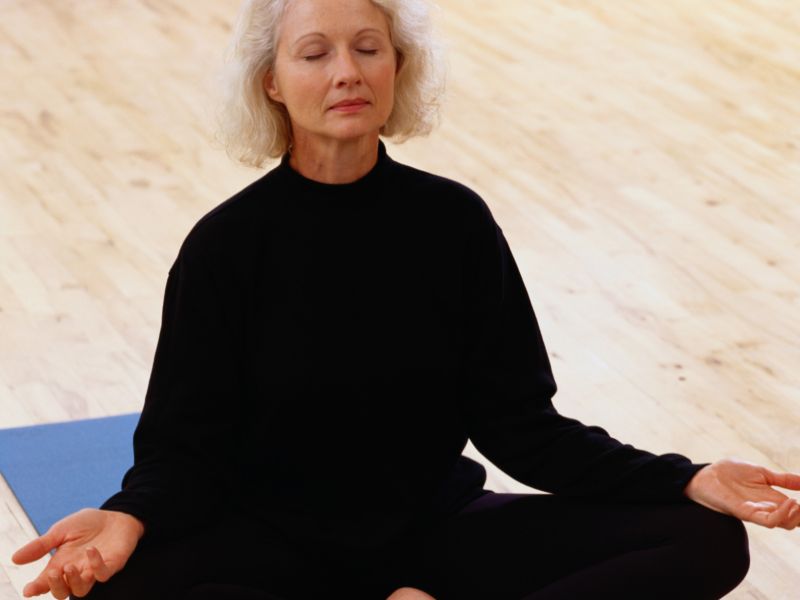 The finding stems from a small study of participants in yoga classes specifically designed to help older women with urinary incontinence. They were between the ages of 55 and 83 (average age: 66), and none practiced yoga before joining the study.

"In spite of their age, the frequency of their incontinence and their lack of experience with yoga, these women were able to learn to practice yoga effectively through a three-month yoga program that involved twice weekly group classes with six to 10 other incontinent women," said study author Dr. Alison Huang.

"And by the end of the program, women in the yoga group reported more than a 75 percent decrease in the frequency of their incontinence, a pretty dramatic change," she added.

Huang is urology co-director of the resident research training program at the University of California, San Francisco's Clinical and Translational Science Institute.

Her team shared its findings Sunday at a meeting of the American Urological Association, in San Francisco. Research presented at meetings is considered preliminary until published in a peer-reviewed journal.

More than 20 million American women routinely struggle with urinary incontinence. The 56 women in this study experienced the problem several times a day, every day, Huang said.

Over 18 months, half were randomly assigned to a three-month group yoga class.

The class included 15 standard yoga poses and specialized techniques that emphasized posture and breath control. The aim was for the women to develop an increased awareness of their "pelvic floor structure."

The other women took part in an alternative exercise group that focused on stretching and strengthening, but without an emphasis on the pelvic area.

Both groups met twice a week, and did a weekly session at home. All other treatments for incontinence were stopped during the yoga and exercise interventions.

In the end, women in the alternative exercise class saw the frequency of their incontinence fall by more than 50 percent.

But those in the pelvis-focused yoga class saw their urinary incontinence frequency drop by roughly 75 percent. No one from either group experienced any injuries.

"Regular practice of yoga poses can also improve general physical fitness and conditioning, which has been shown to be protective against urinary incontinence in frailer older women," she said.

She said other types of physical activity are probably worthwhile for older women with incontinence as well, given the considerable benefit seen by women in the non-yoga exercise group.

"Although we believe that the study yoga program has unique benefits for women with incontinence that go above and beyond what we might expect to see with other physical activity-based interventions, it's probably also beneficial for older women with incontinence to take part in other activities that improve their overall muscle strength and conditioning," Huang said.

"In general, it's really hard to get patients to engage in behavioral modification," she said. "But with yoga you not only address and help with incontinence, but you also promote an overall healthy lifestyle change. And you do so in a group environment, so you're doing this together with other women who are going through the same thing."

Yoga is also an option for patients who want to avoid medications, Davuluri said.

"But yoga specifically designed for this issue [incontinence] is not widespread yet," she noted. "So we have to figure out how to implement this. This is just the beginning."

What is urinary incontinence? See Answer