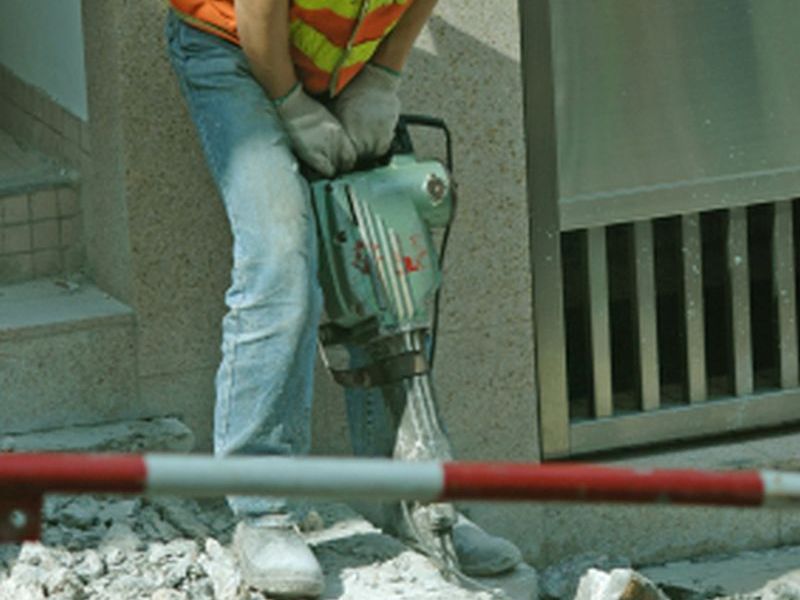 MONDAY, May 14, 2018 (HealthDay News) -- As if their work wasn't already tough enough, new research suggests that men in physically taxing jobs may be at risk of an early death.

The increase in risk can be as high as 18 percent beyond that of a typical office worker, the researchers said.

"Our findings suggest that there are contrasting health outcomes associated with occupational and leisure-time physical activity," said lead researcher Pieter Coenen, from the department of public and occupational health at VU University Medical Center in Amsterdam.

The findings are particularly important because many people are highly active at work but typically less active during leisure time, he said.

"So these men, who are mostly from lower socioeconomic groups, are exposed to unhealthy physical activity at work and only benefit to a lesser extent from the positive health effects of leisure-time physical activity," Coenen said.

But the study couldn't prove that physical activity at work causes an early death, he added. "To be fair, we are not 100 percent sure yet -- more research is necessary," he noted.

In addition, whether the type of physical work has an impact on the risk of dying isn't clear, Coenen added.

"If I speculate, though, I can imagine that coal miners, who are on top of occupational physical activity, are also exposed to a whole lot of other occupational hazards," he said.

While being physically active is usually a good thing and may prevent heart disease and even some cancers, a sedentary lifestyle is considered unhealthy and has been linked to about a 7 percent increased risk for poor health outcomes, the researchers said.

Guidelines encourage people to partake in up to 30 minutes of moderate to intense exercise daily, but they do not distinguish between work and leisure activities, Coenen noted.

To reduce the risk of death seen in physically intense work, he suggested reducing the level of activity in physically demanding jobs.

But "an easier option may be to keep encouraging people to remain physically active during leisure time," Coenen said. "This may help these workers to balance the negative health effects of occupational physical activity with the positive effects of leisure-time physical activity."

To see if a difference between physical activity at work or during leisure time affected health, Coenen and colleagues pooled data from 17 previously published studies that included nearly 194,000 men. The studies were conducted from 1960 to 2010.

This type of study, called a meta-analysis, allows researchers to glean common trends and come to conclusions that may not have been intended in the original studies.

The researchers found that men whose work was physically demanding had an 18 percent higher risk of early death compared with men whose work did not involve a lot of physical activity.

The increased risk of dying remained even after levels of leisure-time activity were taken into account, the researchers found.

While the increase was seen in men, it wasn't seen among women, Coenen said. "Our hypothesis is that women are typically working in less physically active jobs," he said.

"Anyone who has ever painted a house or moved furniture and also worked out for fitness knows there is a big difference," said Dr. David Katz. He's director of the Yale-Griffin Prevention Research Center in Derby, Conn., and past president of the American College of Lifestyle Medicine.

Working out is designed to provide the greatest benefit to fitness while prioritizing comfort, Katz said.

"There is even quite active competition among exercise equipment manufacturers to provide the most intense workout that also optimizes comfort and convenience," he said.

Exercise from work, in contrast, is often highly repetitive, stresses certain body parts while sparing others, and can be quite uncomfortable, Katz said.

"Perhaps there is a direct adverse effect of cumulative physical stresses over time," he said.

More likely, though, is that men consigned to the most physically stressful jobs have no viable alternatives, Katz noted.

The report was published online May 14 in the British Journal of Sports Medicine.