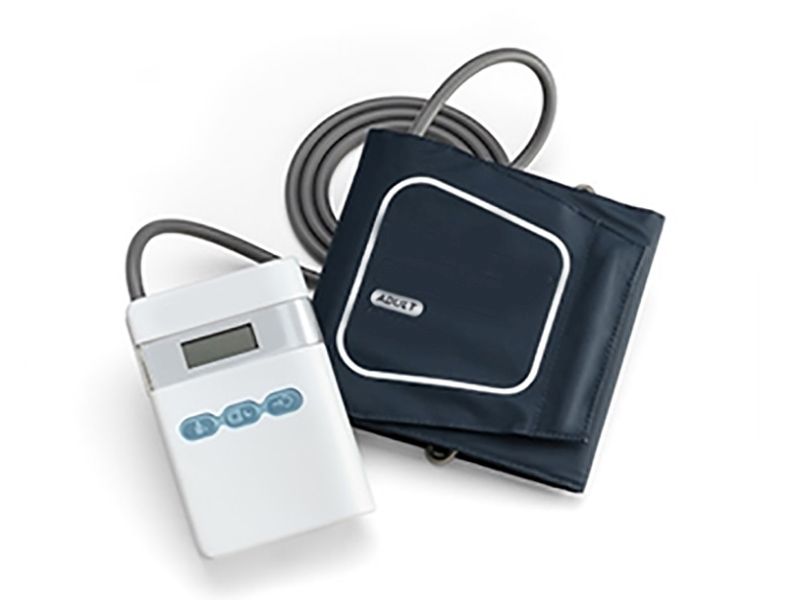 WEDNESDAY, April 18, 2018 (HealthDay News) -- Blood pressure readings taken with a portable monitor may be a much better gauge of your prognosis than readings at the doctor's office, new research suggests.

The study of nearly 64,000 adults found that "ambulatory" blood pressure monitoring was clearly better at predicting a patient's risk of dying over the next five years, versus doctor's office readings.

He said the findings offer "unequivocal evidence" in support of ambulatory monitoring.

"There is no scientific or clinical justification for not using ambulatory blood pressure monitoring, which should be part of the evaluation and follow-up of most hypertensive patients," Banegas said, referring to the medical term for high blood pressure.

Ambulatory blood pressure readings are taken with a small monitor that patients wear for 24 hours to automatically record blood pressure every half hour or so.

That can, for example, detect "masked" high blood pressure, Townsend said. Those are cases where people have normal readings at the doctor's office, but their daily life tells a different story.

Ambulatory monitors have been around for a long time, but they are used "infrequently" in the United States, said Townsend, who wrote an editorial published with the study. Both appear in the April 19 New England Journal of Medicine.

One reason, Townsend added, is because insurers often don't pay.

The new findings may encourage wider use, though, said Eileen Handberg, a member of the American College of Cardiology's Prevention of Cardiovascular Disease Leadership Council.

It's "hard to argue with" results from such a large study, said Handberg, who was not involved with the research.

They're based on a Spanish registry with information on almost 64,000 adults whose primary care doctors ordered ambulatory blood pressure readings for various reasons.

Some had borderline-high readings in the office, for instance, while others had suspected "white-coat" hypertension. That refers to doctor's office readings that are higher than what a person usually has during their typical day.

Over roughly five years, just over 3,800 patients died. It turned out that ambulatory blood pressure readings were a better predictor of death risk than office readings.

For every 14-point increase in a person's 24-hour systolic (top number) pressure during ambulatory monitoring, the risk of death rose by 58 percent. That was with other factors -- including office-based readings -- taken into account.

The picture was different with office readings: Higher numbers were related to an increased risk of death, but once ambulatory readings were factored in, those office measurements, themselves, were no longer predictive of patients' death risk.

About 8 percent of the study group was found to have masked hypertension. In some cases, those people were on high blood pressure medication, but while their condition looked well-controlled based on office readings, their ambulatory readings showed differently.

Those people had the highest risk of dying during the study period -- between two and three times higher, versus people with normal blood pressure.

Similarly, people with white-coat hypertension were 79 percent more likely to die, compared with those with normal blood pressure.

There has been debate over whether the white-coat phenomenon is "benign," Banegas said. "Our study demonstrates that it is not," he said.

Handberg agreed. She said that patients with high numbers at the office sometimes argue that their blood pressure is normal when they check it at home.

But, Handberg said, that white-coat effect probably reflects what your blood pressure does anytime you are stressed. "It's probably spiking when you're cut off in traffic, too," she noted.

If your doctor does not have ambulatory monitors, a home monitor is the next best thing, Banegas said.

Townsend agreed. A home monitor will not allow continuous readings, he noted, but using it regularly will give you "additional information."

The study was partially funded by Spain-based Lacer Laboratories, which makes ambulatory monitors.