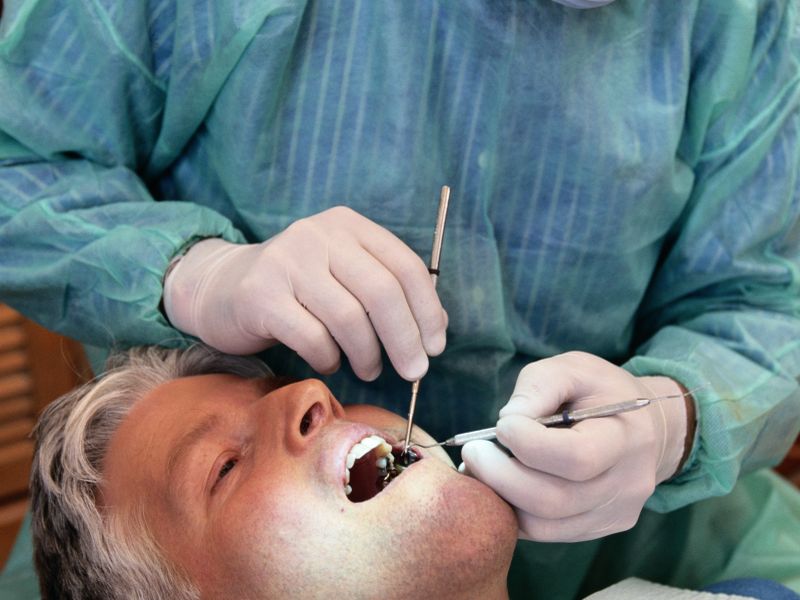 WEDNESDAY, April 4, 2018 (HealthDay News) -- Many adults with diabetes don't see the dentist often enough, even though they're at increased risk for gum disease, researchers say.

In a new study, investigators analyzed data from just over 2.5 million American adults who took part in an annual federal government health survey.

The survey results showed that people with diabetes or prediabetes were least likely to visit the dentist. The study included about 248,000 diabetics, 30,500 people with prediabetes and over 2.2 million without diabetes.

Study author Huabin Luo, of East Carolina University in Greenville, N.C., was concerned by the results. "Those who need dental care the most seem to be the least likely to have it," said Luo, an assistant professor of public health.

People with diabetes are at increased risk for gum disease, which can hamper blood-sugar control and speed the progression of diabetes, the study authors explained.

Health care workers should encourage people with diabetes to visit a dentist at least once a year, she suggested. "Increasing access to dental services is vital to achieving this goal," she added.

The report was published online April 2 in the Journal of the American Dental Association.