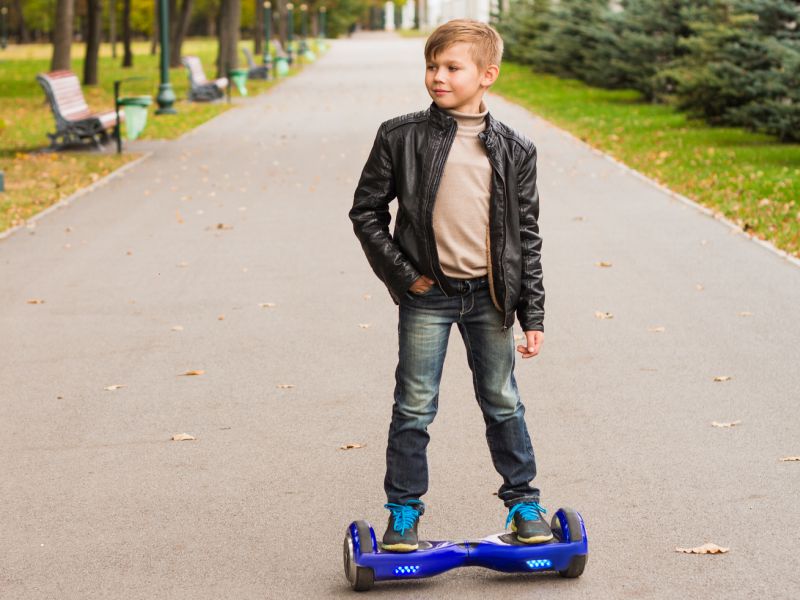 MONDAY, March 26, 2018 (HealthDay News) -- Hoverboards may look cool, flashy and fun, but they're less safe than you might think.

Nearly 27,000 kids landed in the emergency room from a hoverboard accident during the first two years the self-balancing, two-wheeled motorized scooters were sold in the United States, according to a new study.

While it pales in comparison with the more than 121,000 skateboard injuries during the same period, the number shows kids need to be careful on hoverboards, said lead researcher Dr. Sean Bandzar.

"Kids should wear protective gear, and parents should monitor their kids while they're using these toys," he said. Bandzar is an emergency physician at New York-Presbyterian Hospital, Columbia University Medical Center and Weill Cornell Medical Center, all in New York City.

He and his colleagues decided to investigate hoverboard injuries after noticing an uptick in cases following the toy's 2015 introduction into the U.S. market.

"When I was working in the children's emergency department, I noticed that there were a lot of kids who would come in with a variety of different injures from these hoverboards," Bandzar said.

The highest number occurred among 12-year-old boys, the researchers discovered when they studied national injury data from 2015 and 2016.

Interestingly, only three burn-related injuries connected with hoverboards were reported. The potential that hoverboard batteries would malfunction and catch fire caused so much concern early on that some airlines banned them.

But none of the burn injuries researchers discovered was related to battery fires. Two burns resulted from colliding with a pot of boiling water in the kitchen, and the other was a friction burn after a hoverboard ran over a child's finger.

Bandzar couldn't say why there were so many more skateboard injuries during the study period, but he suspects it's because hoverboards are a new toy.

"Maybe not as many people have them," he said.

Another contrast between hoverboards and skateboards is where injuries take place. Kids most often hurt themselves on hoverboards while playing at home. Most skateboard injuries occur on the street, according to the researchers.

Two physicians not connected with the study said there are other factors to be considered when discussing hoverboard injuries.

Part of the problem could be that kids ride hoverboards while distracted, said Dr. Robert Glatter, an emergency physician with Lenox Hill Hospital in New York City.

"Many teens multitask and are therefore distracted while on the hoverboard -- listening to music, playing video games or texting on their smartphones," Glatter said.

Emergency physician Dr. Brahim Ardolic suggested the study probably does not account for all hoverboard injuries.

"This essentially amounts to 36 injuries each day over two years," said Ardolic, chairman of emergency medicine for Staten Island University Hospital in New York City. "When you consider that these devices utilize balance and are often purchased by people who have never used one, these injury rates are actually lower than I would expect."

By looking at only injuries treated in an ER, the researchers probably overlooked many low-level injuries that didn't require medical attention, Ardolic said.

"In general, the message is clear: If you are going to get a hoverboard, be careful and if possible, get a lesson from someone who knows what they are doing," he said.

"For your children, the hoverboard needs to be in the same category as the trampoline. They shouldn't have one. It's not a good idea. Accept that if you get one, there will be injuries, and possibly serious ones," Ardolic warned.

The study was published online March 26 in the journal Pediatrics.