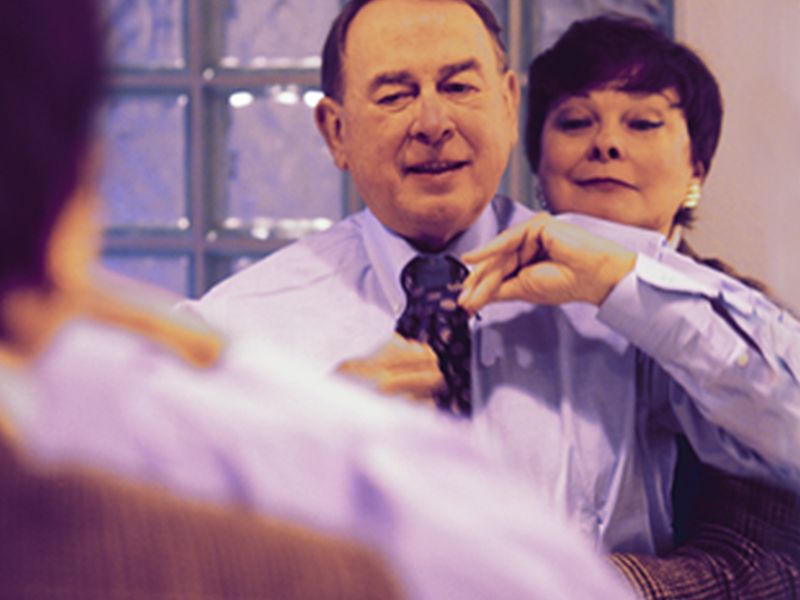 FRIDAY, March 23, 2018 (HealthDay News) -- Difficulties tied to prostate cancer may not be limited to men.

Many wives of men with advanced prostate cancer say their husband's illness has harmed their own health, a new study finds.

"Many prostate cancer patients have a hard time, both physically and emotionally. This work shows that this stress can spill over and affect wives and partners," said Hein Van Poppel, a European Association of Urology (EAU) spokesman.

"This is good for neither of them. Good mental and emotional health needs to be part of how we judge a treatment, and we need to try to ensure that both patients and their partners get the support they both need," Van Poppel said in an association news release.

While the impact of prostate cancer and its treatment on men has been widely studied, there has been little examination of how patients' partners are affected, the association noted.

In this study, Danish researchers interviewed 56 women whose husbands had advanced prostate cancer. The men were being treated with hormone therapy meant to reduce production of testosterone. This treatment can lead to fatigue, frailty and loss of sex drive.

Forty-six percent of the wives said their health had been affected by their partner's cancer.

Additional in-depth interviews with eight of the women revealed that many felt fearful and cut off from others. They were concerned about how their lives would change as their husband's disease progressed.

According to study co-leader Jeanne Avlastenok, "Many felt increasingly socially isolated. Their husbands were fatigued both by the illness and by the treatment, which meant that they couldn't socialize as a couple, which made the women feel cut off from social support.

"They also gradually developed a real fear of being alone, even within the relationship," added Avlastenok, a registered nurse. "They felt that they had to be strong, which meant that they couldn't share the burden of the illness."

The women were also worried about the role change in their relationship.

"As their men became less able to fulfill their usual roles, the women had to undertake tasks which had previously fallen to the men. Many of these are simple tasks, but for the women they represented a sea change in the way their lives were structured," Avlastenok said.

The study was presented Sunday at the annual EAU meeting in Copenhagen, Denmark. Research presented at meetings should be considered preliminary because it hasn't been peer-reviewed for publication in a medical journal.