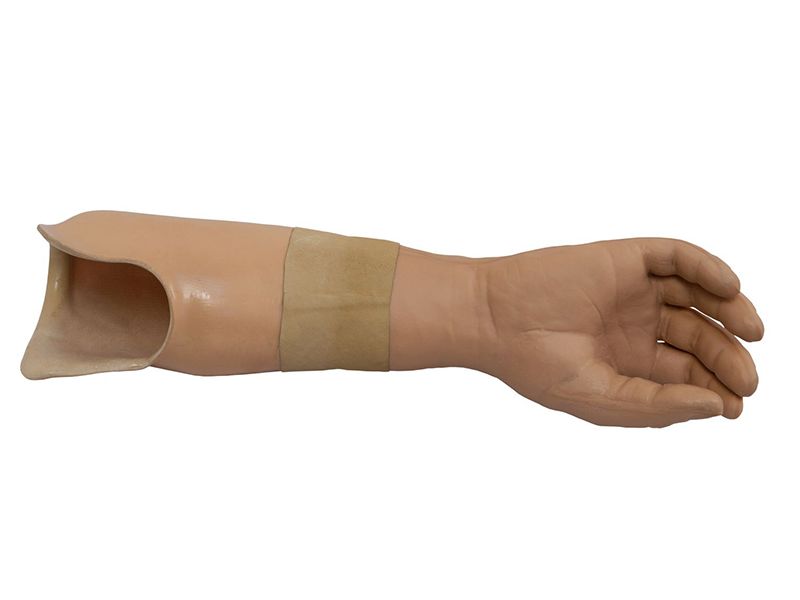 Led by Cleveland Clinic researchers, the team used what they described as "small but powerful robots" to vibrate specific muscles to "turn on" the sensation of movement. This allowed people with a prosthetic arm to feel that their fingers and hands were moving.

It made the bionic arm feel more like an integrated part of the person's body, the researchers reported.

"By restoring the intuitive feeling of limb movement -- the sensation of opening and closing your hand -- we are able to blur the lines between what the patients' brains perceived as 'self' versus 'machine,'" study leader Paul Marasco said in a Cleveland Clinic news release. He's head of the clinic's Laboratory for Bionic Integration.

Able-bodied people sense movement unconsciously, the researchers explained. The brain gets feedback and makes adjustments -- keeping you from reaching too far or not far enough, for instance.

However, people with an amputated limb lose that brain connection and can't control their prosthesis without looking at it constantly.

The new technology restores some sense of limb movement and control without visual monitoring, the researchers said.

In tests on six people, the prosthetic arm enabled them to achieve complex types of grips to do specific tasks as well or better than able-bodied people, the researchers said.

"When you make a movement and then you feel it occur, you intrinsically know that you are the author of that movement and that you have a sense of control or 'agency' over your actions," Marasco said. "People who have had an amputation lose that feeling of control, which leaves them feeling frustrated and disconnected from their prosthetic limbs."

The technology would help patients "re-establish their sense of agency over their prosthetics," he said, allowing them to feel more in control.

"These findings have important implications for improving human-machine interactions," Marasco added. "[They] bring us closer than ever before to providing people with amputation with complete restoration of natural arm function."

The next step, he said, is to expand the technology to help people who have lost a leg or have movement problems caused by stroke or other conditions.

Results of the research were published March 14 in the journal Science Translational Medicine.