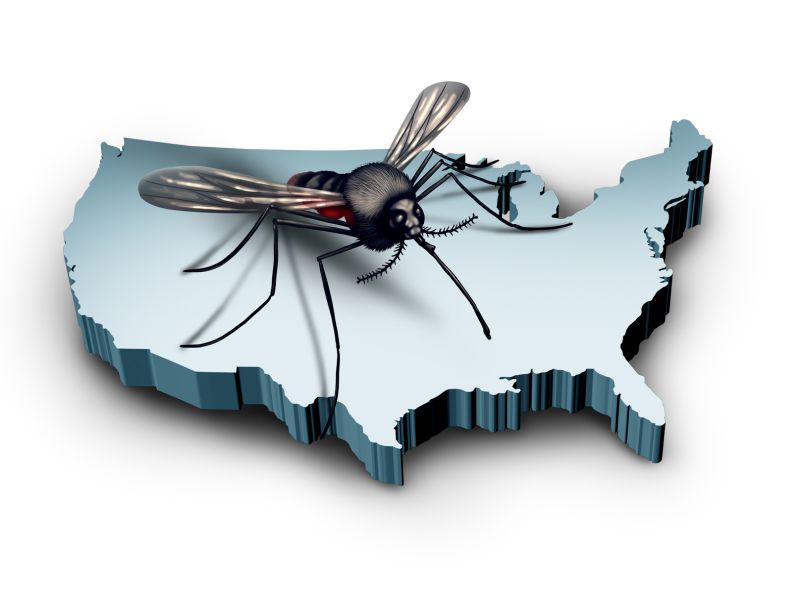 THURSDAY, March 8, 2018 (HealthDay News) -- Zika infections are on the rise in parts of the United States where mosquitoes spread the virus, according to the U.S. Centers for Disease Control and Prevention.

Of those cases in 50 states and Washington, D.C., more than 90 percent were in people who had visited Zika-risk areas outside of the continental U.S., especially the Caribbean. But 224 people were infected with Zika from local mosquitoes in small areas of Florida and Texas in 2016.

The CDC reported no locally transmitted Zika cases in the United States during 2015.

The report by Dr. Victoria Hall, of the CDC's Epidemic Intelligence Service, and colleagues was published in the March 9 issue of the agency's Morbidity and Mortality Weekly Report.

The CDC advises people who live in or travel to areas with Zika risk to protect themselves against mosquito bites and sexual transmission of the virus.

The researchers also said that rapid identification and investigation of Zika cases, especially where it is being spread by mosquitoes, may help officials target mosquito-control programs to reduce its spread.

Zika infection during pregnancy can cause several birth defects, including microcephaly, an abnormally small head and brain.

In January, the CDC reported that about three of every 1,000 newborns in 15 U.S. states and territories had a birth defect possibly caused by Zika infection.

The agency also reported a 21 percent increase in birth defects likely caused by Zika between the first and second halves of 2016 in southern Florida, part of south Texas and Puerto Rico. All three areas had local transmission of the virus that summer.

However, it's not clear if those increases were caused by local transmission of Zika alone, or if other factors contributed, the researchers said.

The CDC recommends health care providers test patients for Zika if they have symptoms of the infection and either live in or have visited areas where it is an ongoing problem. In addition, patients who have had unprotected sex with someone who lives in or traveled to those areas should also be tested.