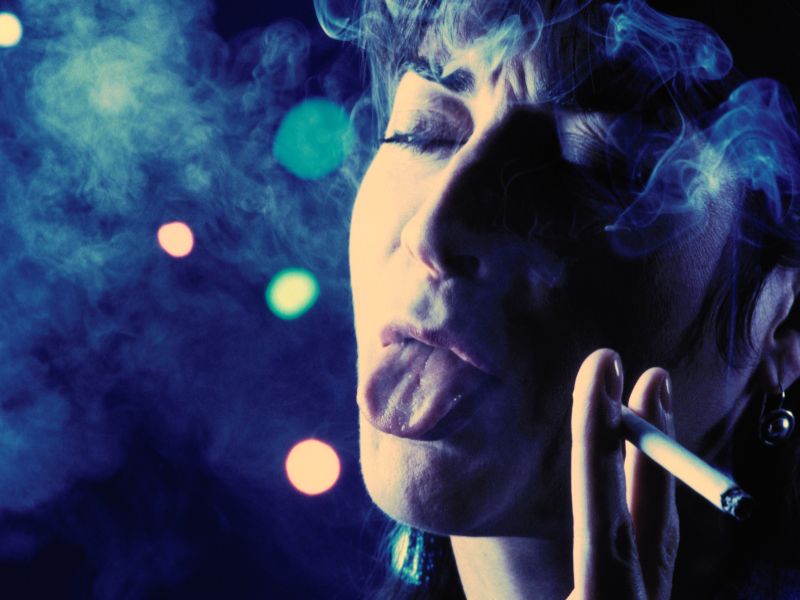 WEDNESDAY, March 7, 2018 (HealthDay News) -- After the Canadian province of Ontario banned menthol cigarettes, many smokers responded by trying to kick the habit, a new study finds.

Some experts suspect such a ban might help cut down smoking in the United States, too.

The Ontario ban was implemented January 2017. Researchers found that within one month of the ban taking effect, 29 percent of menthol smokers they surveyed had at least tried to quit.

That number was substantially higher than expected based on what study participants said just before the ban took hold. At that point, less than 15 percent planned on quitting once menthol cigarettes were no longer on the market.

"This is what happened over just a short period," said lead researcher Michael Chaiton, a scientist with the Ontario Tobacco Research Unit in Toronto.

"There was a big difference between what people thought they would do, and what they actually ended up doing," Chaiton said. "For some people, the ban may have made it easier for them to try quitting."

The findings send a clear message, said Stanton Glantz, who directs the Center for Tobacco Control Research and Education at the University of California, San Francisco.

"This shows there are public health benefits from banning menthol tobacco products," he said. "That has huge policy implications."

Glantz wrote an editorial published with the study in the March 5 issue of JAMA Internal Medicine.

Menthol cigarettes have long been controversial -- in large part because of their minty flavor and cooling, pain-dulling effects, Chaiton explained.

"In general," he said, "they make it easier for people to smoke, and that's a particular concern with kids."

Menthol cigarettes are popular in the United States, accounting for about 30 percent of cigarette sales, versus 5 percent in Canada, according to Chaiton and his colleagues.

But at the federal level, Glantz said, there's been no progress on banning menthol tobacco products in the United States.

In 2016, the U.S. Food and Drug Administration tried to regulate menthol and other flavorings in electronic cigarettes and tobacco products other than cigarettes. But the agency was blocked by the Obama administration, Glantz said.

If federal action did not go through then, he added, it's even less likely now.

"I think the FDA has made itself irrelevant in this issue," Glantz said. "Local government is where it's at now."

Last June, San Francisco became the first U.S. city to pass a ban on flavored tobacco products, including those with menthol. But the fate of the ban is up in the air. Shortly after it passed, a coalition of businesses formed to oppose it -- funded largely by tobacco giant R.J. Reynolds, Glantz said.

The group, dubbed Let's Be Real San Francisco, got enough signatures to force a popular vote on the ordinance. It will be on the ballot in June.

According to Glantz, the Ontario findings have important implications for that battle -- and for any local governments considering a similar ban.

"This shows the ban is actually helping people quit," he said. "In fact, it's working better than predicted."

The results are based on a survey of 325 menthol-cigarette smokers who were found through random-digit dialing of home phone numbers in Ontario.

One month after the ban took effect, the researchers were able to survey 206 study participants again. At that point, 29 percent said they'd tried quitting -- with 12 percent saying they were no longer smoking.

About 14 percent said they'd used "contraband" menthol products -- similar to the percentage who'd said that was their plan.

The majority of menthol smokers did simply switch to other products, including nonmenthol cigarettes and other flavored tobacco products or e-cigarettes.

Still, Chaiton said, the results reflect only the immediate impact of the ban, and his team is continuing to follow the study participants to see how their behavior changes over time.