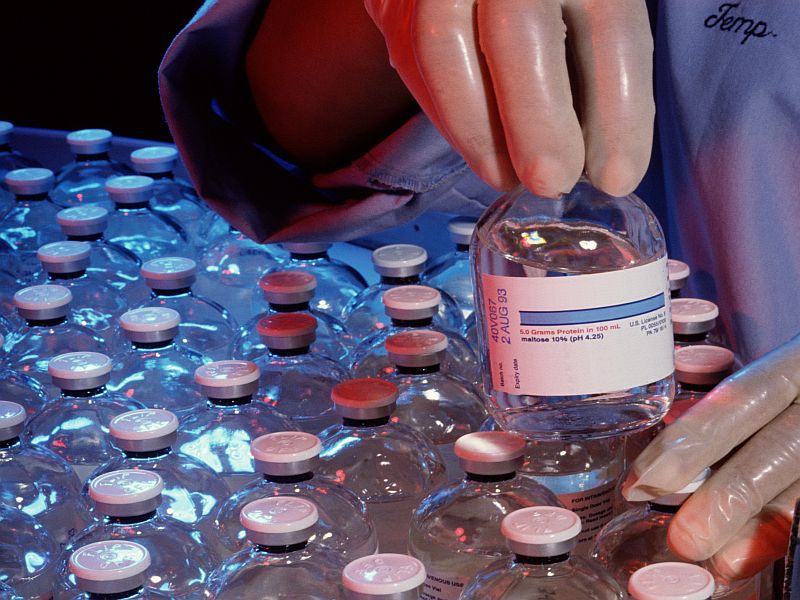 So the U.S. Food and Drug Administration is bent on making sure next year's flu shot works better, agency commissioner Dr. Scott Gottlieb said in a statement released Monday.

"We are taking a number of actions to better understand why effectiveness tends to be lower against the H3N2 strain and what we can do about it," he said.

The effort has some urgency, since the FDA's advisory committee on flu convenes this Thursday to help decide the composition of the next flu season's vaccine.

Influenza continues to hit Americans hard this winter. Although there were signs in U.S. data released Friday that the season is finally on the wane -- fewer flu-linked doctor appointments, for example -- hospitals are still jammed with flu-stricken patients.

Many took the advice of experts to get the flu vaccine, but its effectiveness was limited, Gottlieb noted.

But certain age groups got better protection from the shot than others.

Why was the response so varied -- and often so weak? According to recent research, it's probably not that U.S. government scientists picked the wrong flu strains as their vaccine target.

"So far, the data we have suggests that the viruses provided by reference laboratories to manufacturers to make this year's vaccines do reasonably match the circulating flu strains that are causing most of the illnesses, including H3N2," Gottlieb said.

So what is the underlying cause? To find out, FDA plans to analyze Medicaid and Medicare health data on over 4 million Americans to figure out why the flu vaccine they may have received was "less than optimal," Gottlieb said.

This will include comparing outcomes for people who got the standard vaccine versus a "high-dose" version that contains about four times as much influenza material or immune-triggering antigen.

"What we learn about the differences in efficacy between these different vaccines might reveal information that can inform why overall effectiveness against H3N2 was lagging," Gottlieb said.

Some theories: Maybe protection against H3N2 requires "a higher amount of H3N2 antigen to elicit a proper immune response," compared to that needed against other strains, Gottlieb said. Or perhaps culturing the vaccine via cells, compared to the conventional method of egg-based culturing, might make a difference, he suggested.

"The knowledge we gain through such scientific research will allow us to determine if we need to change recommendations to vaccine manufacturers for how future seasons' vaccines should be produced," Gottlieb said.

In the meantime, he stressed that even this season's flu shot is far from worthless.

It's "not too late to get vaccinated if you have not yet done so, given that we are starting to see a larger proportion of illnesses caused by H1N1 and B influenza, for which vaccines offer better protection," Gottlieb said. "Vaccinations have also been shown to reduce the severity of the flu in people who get sick."