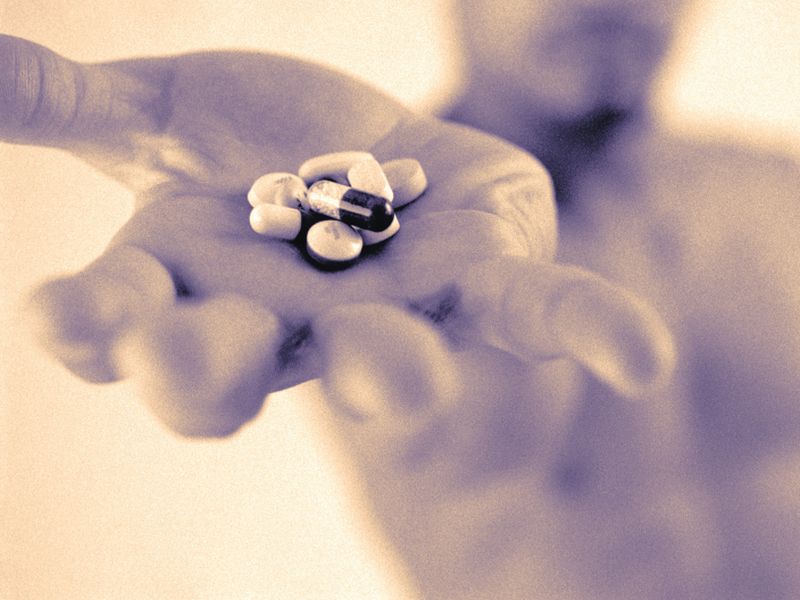 THURSDAY, Feb. 22, 2018 (HealthDay News) -- America is well aware of its opioid epidemic, but there's a hidden crisis brewing with prescription sedatives such as Xanax and Valium, a new review warns.

Known as benzodiazepines, overdose deaths involving these medications have increased exponentially over the past decade, in lockstep with a steady growth in prescriptions for the drugs, the review authors found.

Use of these drugs has become too casual in modern society, said review author Dr. Anna Lembke. She's an associate professor of psychiatry and behavioral sciences with the Stanford University School of Medicine.

"These are highly addictive and potentially lethal drugs, and many people don't know that," Lembke said. "Sadly, most physicians are also unaware of this and blithely prescribe them without educating their patients about the risk of addiction."

Benzodiazepines are prescribed to treat a variety of conditions, including anxiety, insomnia and seizures.

Prescriptions for benzodiazepines increased by 67 percent between 1996 and 2013, from 8.1 million to 13.5 million. The quantities of drugs obtained with these prescriptions more than tripled during that same period, the researchers said.

As a result, more people are becoming addicted to benzodiazepines and falling victim to overdose. Overdoses involving the drugs multiplied sevenfold between 1999 and 2015, increasing from 1,135 to 8,791 deaths.

"Just like with opioids, people overestimate the benefits and underestimate the risks of benzodiazepines," Lembke said. "They are effective for a panic attack or severe insomnia, but when taken daily long-term, people develop tolerance and dependence. They stop working and they can even make anxiety and insomnia worse."

Many overdose deaths involve people taking a benzodiazepine with another substance, such as opioids or alcohol, the review authors added.

Despite this, rates of prescribing benzodiazepine with opioids has nearly doubled, increasing from 9 percent in 2001 to 17 percent in 2013, the study found.

The review was published Feb. 22 in the New England Journal of Medicine.

One expert said the trend is a recipe for trouble.

"It is important to acknowledge the risks involved in the overuse/misuse of benzodiazepines, especially when combined with other medications or alcohol," said Bruce Goldman. He is director of substance abuse services at Zucker Hillside Hospital, in Glen Oaks, N.Y.

"While we have learned that there are more effective treatments for chronic anxiety than the long-term reliance on benzodiazepines, many people have now been dependent upon them for years," Goldman said.

Benzodiazepines are best used intermittently, Lembke said, no more than a couple of times a week. More frequent use should be limited to a very short duration, no more than two to four weeks.

"If you're someone who's relying on benzodiazepine to get through a day, you need to think very seriously about getting off of them," Lembke added.

Other warning signs of addiction include needing increased doses to get the same effect, or resorting to doctor shopping to maintain a steady supply of the drug, she explained.

"Those are very worrisome signs because they indicate you've developed a tolerance and you're investing a lot of time and effort overcoming that tolerance," Lembke said. "Essentially, you're taking it not to help with your sleep or anxiety but to treat the withdrawal from the last pill that you took."

Some users are now buying highly potent synthetic forms of benzodiazepine on the internet, which also increases overdose risk, she warned.

Lembke believes that regulators and the medical community should restrict benzodiazepine use by employing methods now being used to combat the opioid epidemic.

For example, health care providers should be required to check a prescription database before issuing a scrip for a benzodiazepine, to make sure the patient isn't addicted or misusing the drug in combination with other substances, she suggested.

Doctors also could require urine drug screens to make sure benzodiazepines are being taken as prescribed and not combined with other drugs, Lembke said.

Physicians can also help by clearly laying out the potential dangers of benzodiazepine use, said Dr. Karan Johar, a pain management physician at Lenox Hill Hospital in New York City.

"There has to be a level of caution," Johar said. "Myself and other board-certified pain management doctors generally give patients an informed consent agreement for treatment," which outlines the potential for addiction.

Lembke noted that people concerned about their benzodiazepine use should not quit them cold turkey, because they could suffer from withdrawal symptoms.

"Benzodiazepine withdrawal is potentially life-threatening," she said. "If you've been on them for a long time, it's important to work with a medical professional to taper off in a safe way."