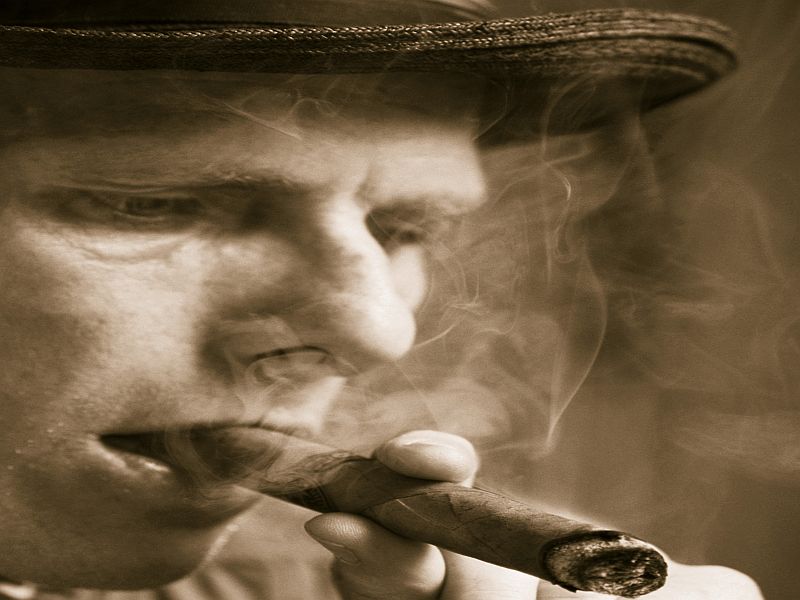 It found that, compared to people who had never smoked, people who regularly smoked only cigarettes had double the risk of death in that time frame, from whatever the cause. And they had quadruple the odds of dying from a tobacco-linked cancer such as cancer of the lung, bladder, esophagus, pancreas, larynx and mouth.

But people who claimed they smoked only cigars weren't off the hook.

Cigar smokers had a 20 percent elevated odds of death from any cause, and a 61 percent higher risk of death from a tobacco-linked cancer, the researchers reported in the Feb. 19 issue of JAMA Internal Medicine.

Rates for pipe smokers were similarly high: This group had a 58 percent higher risk of dying from a tobacco-linked cancer during the study period, compared to never-smokers.

"In 2015, an estimated 12.5 million people in the United States aged 12 years or older were current cigar smokers," noted the research team, which was led by Carol Christensen, of the U.S. Food and Drug Administration's Center for Tobacco Products.

The study authors also noted that just under 1 percent of Americans said they have smoked some sort of tobacco pipe at least 50 times over their lifetime.

Two medical experts said the study sends an important message, especially to young people who might think one form of smoking is less dangerous than another.

"Combustible tobacco used in any form is a cancer risk, and pipe and cigar smokers cannot be given a pass," said Dr. Len Horovitz, a pulmonary specialist at Lenox Hill Hospital in New York City.

She noted that "a full-size cigar can contain chemicals the equivalent of one pack of cigarettes, and individuals who switch from cigarettes to cigars frequently unintentionally inhale cigars the way they inhaled cigarettes -- exposing them to large amounts of the hazardous substances in cigar smoke."

There was some good news from the FDA study, however: The risk of death from any cause or tobacco-linked cancers fell once smokers quit.

So, Folan said, "I would not say that cigars are better than cigarettes -- but quitting is." She urged smokers "to ask for help from your health care provider" on kicking the habit.