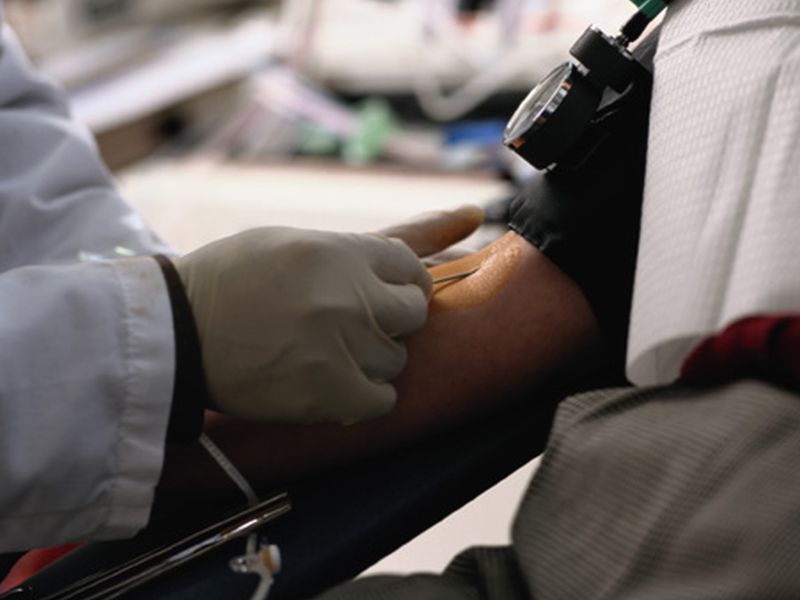 The findings may be of concern, especially because certain drugs often used by the elderly can lower blood sodium levels, experts said.

Still, "at this point I do not think we can change our management of persons that fall into this category," said Dr. Maria DeVita, a nephrologist (kidney specialist) at Lenox Hill Hospital in New York City. "Clearly more research is needed."

DeVita was not involved in the new study, which was led by Kristen Nowak of the University of Colorado Anschutz Medical Campus.

The research included more than 5,400 healthy men, ages 65 and older, who were taking part in a major study of osteoporosis. Their health was followed for a median of just under five years.

According to Nowak's team, 100 men developed a condition called hyponatremia, where sodium levels in the blood are below healthy levels.

The researchers also found an association between high levels of sodium in the blood and mental decline over time.

The study was published Feb. 8 in the Clinical Journal of the American Society of Nephrology.

Speaking in a journal news release, Nowak noted that "slightly lower sodium levels in the blood are likely to be unnoticed in clinical practice."

But she stressed that the findings are preliminary, and couldn't prove a cause-and-effect link.

Wolf-Klein noted that it's tough to offer a good "real world" comparison group to the men tracked in the study, since all were enrolled in an osteoporosis trial. And she said the study also failed to "provide us with other factors well-known to affect [the men's] sodium level."

But the relationship between blood sodium levels and brain function in the elderly is important, said Wolf-Klein, who had no role in the study.

"Frequent medications known to decrease blood sodium levels include diuretics and antidepressants, which are amongst the most common medications prescribed in older adults," she said.