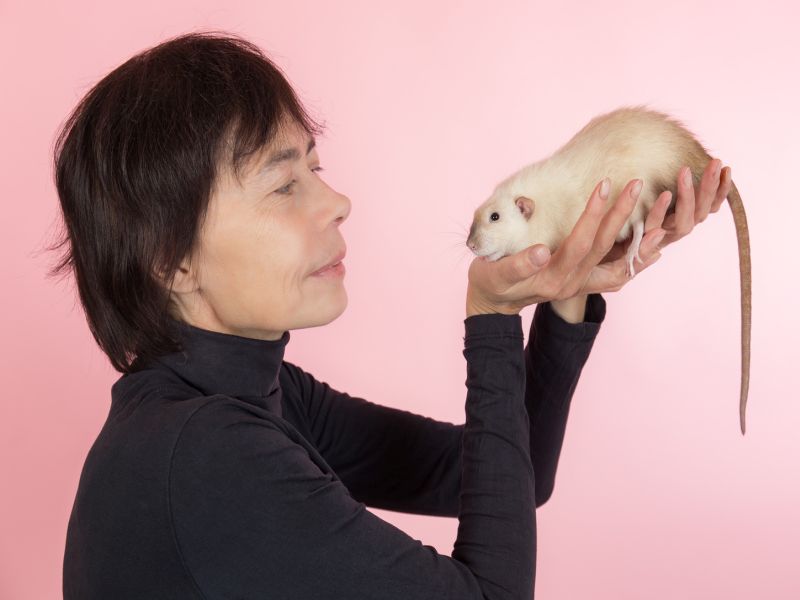 Seoul virus is a rat-borne hantavirus that typically causes symptoms that resemble the flu -- fever, headache, muscle pain. In rare cases infection can lead to hospitalization with hemorrhagic fever and kidney failure.

A recent outbreak of Seoul virus among rats -- the first ever in the United States or Canada -- resulted in the spread of the virus across 11 states, said researcher Dr. Barbara Knust. She's a veterinarian and epidemiologist with the Viral Special Pathogens Branch of the U.S. Centers for Disease Control and Prevention.

In the end, the CDC investigators tracked the outbreak to 31 different U.S. locations, most of them either home-based rat-breeding operations or homes with pet rats, according to a Feb. 2 report in the CDC's Morbidity and Mortality Weekly Report.

Seoul virus is spread to humans through the urine or feces of rats, either by direct contact with the waste or by breathing in tiny particles stirred up when cleaning their nests, Knust said. The virus also can be spread by bites.

Although the outbreak appears to have died down for now, the CDC is urging rat owners to be careful when handling and cleaning up after their pets.

"We have not diagnosed any more cases of Seoul virus in people since April," Knust said. "However, it's very possible there still could be pet rats out there infected with Seoul virus."

Pet rats have been around for a while, but a new "fancy rat" fad has renewed interest in the animals, Knust said.

"The fancy rat is kind of a new twist on things," Knust explained. "People are getting into different unique color combinations. They're so interested in rats, they're willing to buy rats from overseas. You can indeed buy fancy rats from most pet stores."

Doctors have known about hantaviruses since the Korean War, Knust said, and specifically about the Seoul virus since the early 1980s.

But up to now, the Seoul virus has never found a foothold in North America. Wild rats on this continent have been known to harbor the virus, but transmission to humans through pet rats has never occurred and transmission from wild rats has been very rare.

Researchers believe the virus mostly likely entered the North American pet rat population through an importation of infected rats into either the United States or Canada, Knust said.

"We did DNA sequencing and found that indeed we had a sequence that nearly matched with a type of Seoul virus that had been found previously in pet rats in the U.K.," Knust said.

The first sign of trouble came in December 2016, when a home-based pet rat breeder in Wisconsin landed in the hospital with flu-like symptoms, the CDC reported.

The person had approximately 100 Norway rats in the home. The Norway rat is the natural reservoir of Seoul virus, carrying the virus without any signs of illness, Knust said. The rat is believed to be the only rodent that can carry Seoul virus.

Public health officials then undertook some detective work, tracking where the first patient had bought and sold rats to see if the virus had spread. At least six U.S. locations with confirmed infections reported exchanging rats back and forth with Canadian breeding operations.

Among the Americans, only eight had suffered a recent illness and three of them became so sick they were hospitalized, Knust said.

Dr. Amesh Adalja is a senior scholar at the Johns Hopkins Center for Health Security in Baltimore.

"Fortunately, though some patients were hospitalized in this outbreak, none developed kidney failure and none died," said Adalja, who wasn't involved with the report.

Treatment for Seoul virus infection largely involves supporting the patient so their body can effectively fight it off, Knust and Adalja said. That's particularly important if the virus attacks the kidneys.

Public health departments placed suspected and confirmed facilities with Seoul virus under quarantine. The quarantine could only be lifted if all rats either tested negative for Seoul virus or were euthanized.

"For a lot of these people who owned pet rats, it was a very difficult thing for them to go through the process of testing and in some cases euthanizing animals that had become beloved companions," Knust said.

The CDC now recommends that breeders be careful when buying new rats.

"People involved in breeding pet rats should test animals before they introduce them into their colony, since the virus is spread rat-to-rat by comingling and breeding," Knust said.

Owners of pet rats can prevent infection by: