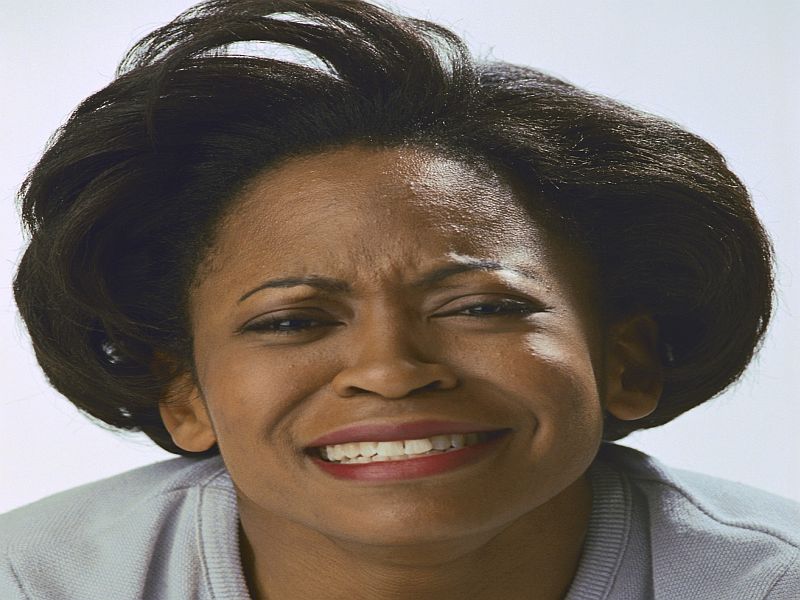 Fibroids are fibrous growths that develop in the lining of the womb. About 80 to 90 percent of black women (and 70 percent of white women) develop fibroids by the time they're 50. In nearly all cases these growths are benign (noncancerous).

CCCA mostly affects black women. It's the most common form of hair loss in this group.

That translates into a five times greater risk for fibroids among women with CCCA.

"The cause of the link between the two conditions remains unclear," study author Dr. Crystal Aguh said in a news release from Johns Hopkins Medicine. She is an assistant professor of dermatology at the Johns Hopkins University School of Medicine in Baltimore.

The study does not prove that one condition causes the other but that there appears to be some type of association between the two. However, the finding should be enough to justify that women with CCCA be screened for fibroids and other conditions involving the excess fibrous tissue, the researchers said.

They noted that blacks are generally more likely than others to develop various disorders that involve scarring. They also noted that scarring is one of the effects linked to the onset of CCCA.

And because CCCA-linked scarring is similar to the kind of fibrous-tissue scarring associated with fibroids, it may explain why fibroid risk also goes up among women with the hair-loss condition, the researchers said.

The study findings were published recently as a research letter in JAMA Dermatology.