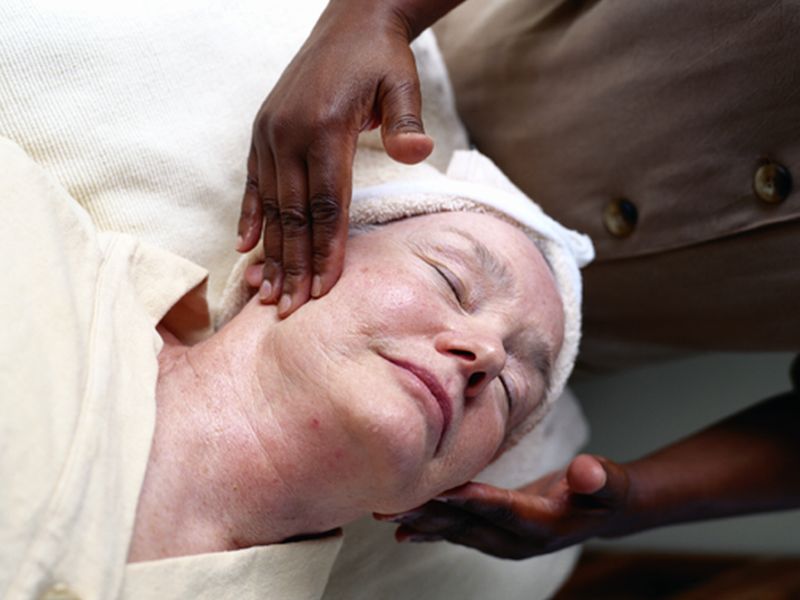 The result: By the study's end, participants appeared to have turned back the clock by an average of nearly three years.

"The scientists looking at appearance changes found that the upper and lower cheeks were full after the study," explained study author Dr. Murad Alam. He's vice chair in the department of dermatology at the Northwestern University Feinberg School of Medicine in Chicago.

"Patients themselves found even greater benefits, and noticed that 18 of the 20 areas and features of the face that were studied got better over the course of the study," Alam said.

"In general," he added, "the appearance benefit was that the contour of the face became smoother, fuller and firmer."

The investigators noted that skin elasticity tends to loosen over time, and fat "pads" located between the muscle and skin thin out.

The exercise experiment set out to combat that.

Each exercise was one minute in duration, and included such movement-to-hold positions as smiling without showing teeth; pursing the lips; and smiling while forcing the cheek muscles upwards.

Before the study, age appearance was pegged at 50.8 years old, on average. Midway through the program that dropped to 49.6 years, finishing at 48.1 years by the end of the 20 weeks.

That said, not all the women stuck to the program, with 11 dropping out before the study ended.

But a survey of those who stuck with it suggested a high rate of satisfaction with the regimen and results.

The findings were published Jan. 3 in the journal JAMA Dermatology. Alam noted that none of the researchers had a financial interest in the facial yoga exercise program.

As for whether men or perhaps younger women might achieve a similar benefit, Alam said, "we would expect to see an effect. But until we study it we won't know if it is a little more or a little less."

Still, exercise alone may not be enough "to replace the tried-and-tested methods of improving facial appearance" that can be achieved with fillers, lasers and the like, Alam acknowledged. Instead, exercises might best serve to enhance such interventions, he said.

Meanwhile, Dr. Steve Xu, who also teaches dermatology at Northwestern University but was not involved in the study, cautioned that the study was small and 11 of the 27 patients dropped out.

"That's something to keep in mind," he said.

But Xu praised the study design while suggesting that facial exercise "makes a lot of intuitive sense."

"Oftentimes," Xu continued, "it's the loss of the fat and muscle that really adds years to a person's face. High cheekbones is a large component of an attractive face. When we age, this definition fades, leading the cheeks to lose their fullness pulling the face inward and downward. This then leads to the jaw becoming less defined as well.

"Strengthening facial muscles through exercise makes a lot of sense in helping reverse some of those changes, by allowing the muscles of the face to get bigger and provide more fullness to the overlying skin," he said.

Bar soap and water are fine for cleansing the face if you have sensitive or dry skin. See Answer