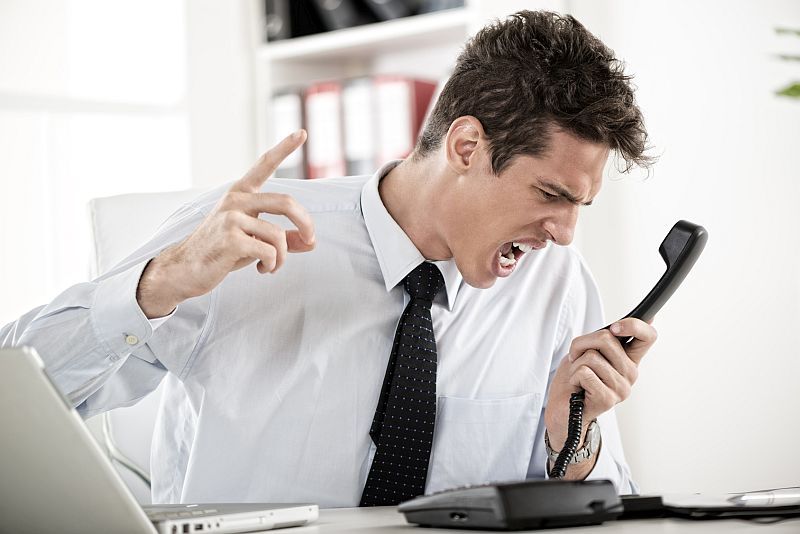 TUESDAY, Jan.2, 2017 (HealthDay News) -- Don't expect that you can knock some sense into people who have a strong sense of entitlement, a new study advises.

Penalties or punishments do nothing to improve the conduct of entitled persons -- those who believe they deserve the best regardless of their performance or effort, researchers report.

That's because entitled folks are motivated by a powerful sense of indignation, said lead researcher Emily Zitek, an assistant professor with the Cornell University School of Industrial and Labor Relations in Ithaca, N.Y.

"They don't think it's fair for other people to tell them what to do," Zitek said. "Instructions are essentially an unfair imposition. They want to do their own thing. They feel like they deserve good things and special treatment."

Essentially you've got three options when it comes to a strongly entitled employee, student or customer, the researchers concluded.

You can pander to them. You can put them in positions that play to their strengths. Or you can simply refuse to deal with them -- fire them, expel them or toss them out of your business.

"The fundamental problem here is that entitled individuals think they deserve more than other people think they do," Zitek said. "They see the world differently."

Entitled people can be found in all walks of life, Zitek said. They're the student who seeks an A for a slapdash term paper, the indifferent employee angry at the lack of career advancement, the customer who rolls in demanding special treatment.

They believe they deserve preferences and resources that others don't, and they are less concerned about what is socially acceptable or beneficial for others, the researchers said.

To understand more about these people's mindset, Zitek and her study co-author, psychologist Alexander Jordan from Harvard Medical School, undertook a series of lab experiments.

First, they identified entitled people using a standard psychological form. It turns out it's easy to find them, because they have no sense of shame regarding what they ought to have, Zitek said.

The first experiment revealed that entitled people were much less likely to follow instructions than average people. They were given a set of specific instructions for completing a word search puzzle, and essentially ignored most or all of them.

Subsequent experiments tested whether entitled folks would perform better if ignoring the instructions would result in personal inconvenience, a penalty or a punishment. None of these moved the entitled.

"No matter what we did, it remained really hard to get them to follow instructions to the same degree as less entitled people," Zitek said.

However, a final set of experiments revolving around the concept of fairness proved key in understanding the motivations of the entitled.

Entitled people were asked to accept or reject an offer to split $10 between themselves and someone else. If they accepted, both folks got some money; if they rejected, no one did.

They were more likely to reject the offer if it failed to be a 50-50 split, even if doing so cost them a few bucks, the researchers found.

A follow-up experiment found that entitled people fail to follow instructions because they are more likely to think the rules are unfair and should be ignored.

Highlighting the essential fairness of any given situation appears to be the best way to deal with an entitled person, the researchers concluded.

"So far our best guess of what seems to have the highest likelihood of working is to try to make the instructions seem more fair and more legitimate," Zitek said. " 'Do it because I said so' just makes it worse because it makes the situation seem even more unfair."

This is pandering to their entitlement, Zitek admits, but nothing else works.

"Entitled people in the workplace may be better at certain types of negotiations, because they're good at fighting for what they want," Zitek said. "If you want them to go and argue a good deal for you, maybe they'll be able to do it, although they're probably going to annoy the person they're negotiating with. But if it's something where you want them to follow instructions and be deferential to other people, that's probably not going to be the greatest fit."

The study was published Dec. 20 in the journal Social Psychological and Personality Science.