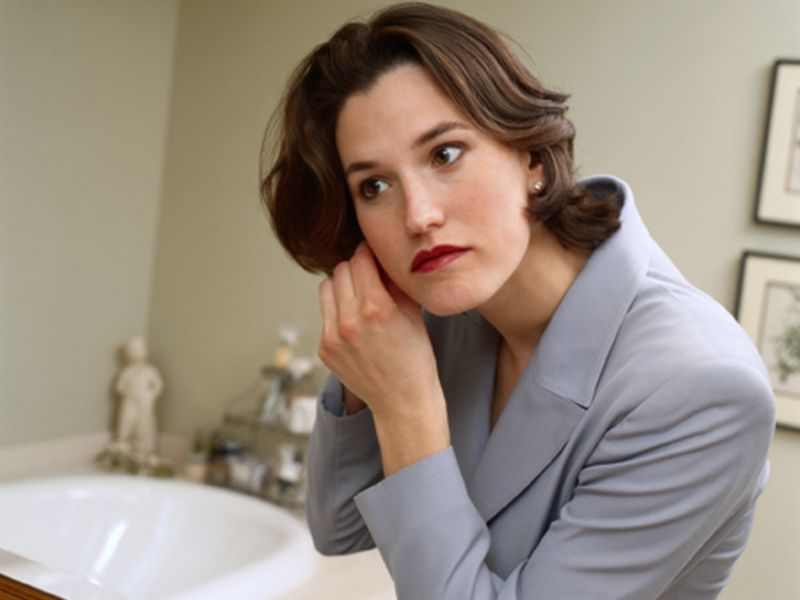 THURSDAY, Dec. 21, 2017 (HealthDay News) -- Mental stress can take a toll on blood vessels -- and women with heart disease may be especially vulnerable, a new study suggests.

Past research has found that compared with their male counterparts, women with heart disease are more likely to suffer "myocardial ischemia" in response to mental stress.

That refers to a reduction in blood flow to the heart, and it can raise the risk of potentially fatal heart complications.

In the new study, researchers uncovered a reason for the phenomenon: When under psychological stress, women are more prone than men to having their blood vessels constrict.

Traditionally, doctors have focused on how well the heart and blood vessels respond to physical stress, said Dr. Nieca Goldberg, a spokesperson for the American Heart Association who was not involved in the study.

"But we can't ignore the issue of mental stress in treating heart disease," she said.

And that awareness may be especially important for women, said Goldberg, who is also medical director of NYU Langone's Center for Women's Health in New York City.

There is no single solution to dealing with stress, Goldberg said. For some people, she noted, a daily walk or an app that teaches relaxation techniques might be enough. Others might need a referral to a mental health professional.

"Everybody's stressors are different," Goldberg said. "So we as doctors need to work with patients individually."

The study involved 678 people with coronary artery disease. That means "plaques" build up in larger arteries, sometimes causing symptoms like chest pain and breathlessness. It can also lead to a heart attack if a plaque ruptures and completely blocks an artery.

Each patient went through a mental stress test -- public speaking -- and researchers used heart imaging to see whether it triggered myocardial ischemia.

Overall, around 15 percent of all study patients had stress-induced ischemia -- with men and women affected at a similar rate. But the underlying causes differed between the sexes.

When men developed ischemia, it was mainly because mental stress triggered a rise in blood pressure and heart rate -- which boosted the heart's workload.

It's already known, Vaccarino said, that women are more likely than men to have "microvascular dysfunction." That refers to problems in the small blood vessels that feed the heart. Those arteries are not clogged up with plaques, but they have damage that can impair blood flow.

"Basically, the small vessels do not relax," Vaccarino explained.

According to Goldberg, that higher rate of microvascular dysfunction might help explain why women are more prone to blood vessel constriction when stressed.

What should heart disease patients do? First, Vaccarino said, many people with stress-related ischemia wouldn't know it. "In most cases, it's asymptomatic -- or 'silent,'" she said.

But, she added, people can consider the stressors in their lives, and how well they typically respond. "Stress is universal," Vaccarino noted. "It's the way we deal with it that matters."

She agreed that simple techniques like guided relaxation or meditation can be a good place to start. Regular exercise, like a daily walk, is another -- and not only because it can help a stressed-out person feel better, Vaccarino noted.

"Physical exercise actually makes the blood vessels dilate. It's the opposite effect of what we see with mental stress," she said.

"The main message is, we need to find healthy ways to cope with stress," Vaccarino said. And that may be particularly important for women, she added.

"Typically, women often don't put themselves first," she said. "But they need to take breaks every day, find ways to relax."

It's not clear whether stress can cause similar blood vessel constriction in women without heart disease, Vaccarino noted.

And the researchers do not know whether the short-term stress reactions in these study participants could actually raise their risk of heart attack or other complications. The investigators plan to look at that in future studies.

The findings were published online Dec. 21 in Arteriosclerosis, Thrombosis and Vascular Biology.