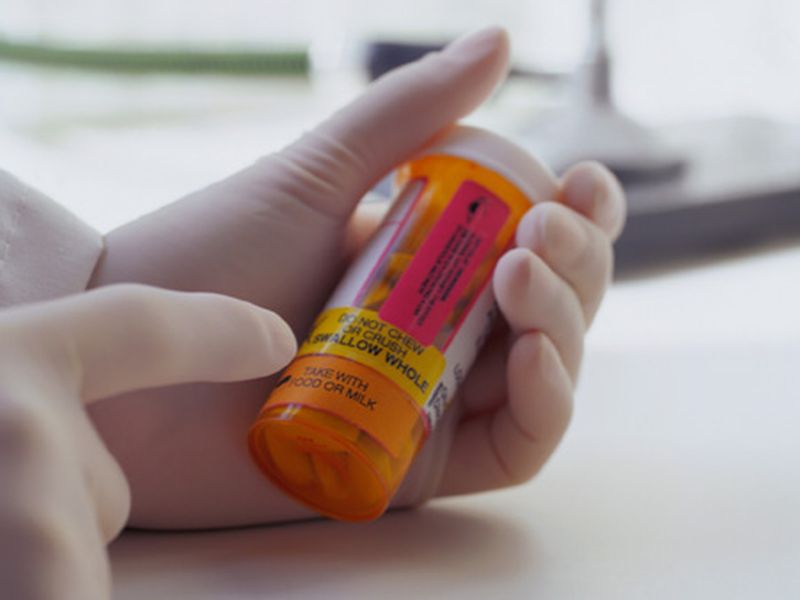 THURSDAY, Nov. 16, 2017 (HealthDay News) -- Despite safety warnings from drug regulators, some U.S. children are still being given a risky painkiller after having their tonsils removed, a new study finds.

At issue is the opioid painkiller codeine. In 2013, the U.S. Food and Drug Administration issued a "black box" warning, advising doctors against prescribing codeine to children to control tonsillectomy pain.

That came after an investigation into reports of children overdosing on codeine prescriptions -- including some who died from respiratory distress.

The new study, published online Nov. 15 in Pediatrics, looked at how well U.S. doctors are following the FDA warning.

The good news, the researchers said, is that post-tonsillectomy codeine prescriptions have declined. However, by December 2015 -- almost three years after the black box warning was issued -- 5 percent of kids were still getting the drug.

Medical experts said there's no acceptable reason for that.

"That figure should be down to zero," said Dr. Kao-Ping Chua, the lead researcher on the study. "Codeine carries a small but catastrophic risk for children. Plus, there are alternatives -- like Tylenol [acetaminophen] and ibuprofen."

"There's no appropriate reason to prescribe codeine to these children," said Hackett, who was not involved in the study.

Why is the medication such a concern?

Codeine itself is "inert," explained Chua, a pediatrician at the University of Michigan's C.S. Mott Children's Hospital in Ann Arbor. Once codeine is ingested, he said, the body converts it into morphine.

The problem is that people vary in how they metabolize codeine, based on their genes. Some people are "ultra-metabolizers," which means they can develop dangerously high morphine levels in the blood.

There's no way of knowing whether a child fits that category, "so every time you prescribe codeine, you're basically rolling the dice," Chua said.

For the study, his team analyzed a national database of health insurance claims. The researchers focused on nearly 363,000 children who had a tonsillectomy, adenoidectomy or both between 2010 and 2015. (Adenoids are tissues near the tonsils.)

In January 2010, 31 percent of kids who'd had such surgery were given a codeine prescription after their operation. The rate steadily declined thereafter, and then accelerated after the FDA warning was issued.

Codeine was already falling out of favor before the official warning, Chua said, because many doctors were aware of the safety concerns. By December 2015, the percentage of kids receiving a codeine prescription had fallen to 5 percent.

It's not clear why some doctors continued to prescribe the drug. Chua said he does not think it's lack of awareness, because black box warnings are clear.

He suspects there's some "inertia" -- doctors continuing to do what they're comfortable with -- and possibly a lack of trust that other painkillers are effective.

Both Chua and Hackett said acetaminophen or ibuprofen should be the go-to for children after tonsillectomy.

"Most kids are resilient and do very well with those medications," Hackett said.

There are other opioid drugs that are not as risky as codeine -- such as hydrocodone (the active ingredient in Vicodin) and oxycodone (OxyContin). But according to Chua, they should be a last resort, in cases where a child does not get relief from the over-the-counter options.

"The default position should be, 'let's avoid opioids,' " Chua said.

Hackett agreed, saying she does not prescribe any opioids to children younger than 12.

The codeine issue goes beyond post-tonsillectomy pain, however, Chua said. Codeine is also found in some cold-and-cough products, and treatment guidelines now say that kids younger than 18 should not take those medications.

In fact, the American Academy of Pediatrics has said codeine has no place in pediatrics at all.

"This isn't just about tonsillectomy," Chua said. "We shouldn't be using codeine for any reason in children."