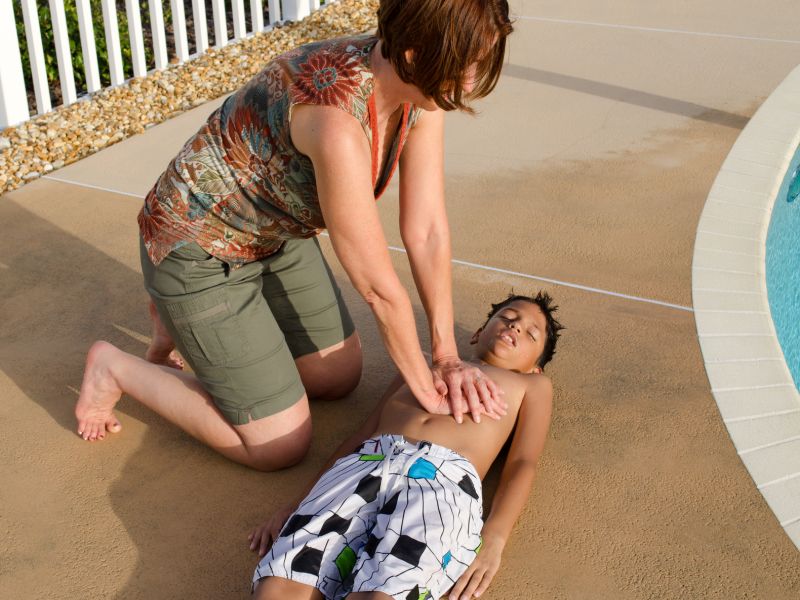 Some states require hands-only CPR training for high school graduation, but teaching younger children has not been a focus of training efforts, the researchers explained.

"We were wondering why they need to wait until 12th grade when sixth graders have learned the circulation system and seem mature enough and are interested in learning hands-only CPR," said study author Dr. Mimi Biswas. She's a cardiologist at the University of California's Riverside School of Medicine and Riverside Community Hospital.

For the study, her team divided 160 sixth graders into three groups. All of the students were instructed in hands-only CPR.

One group (the control) watched a video that demonstrated how to perform 100 to 120 chest compressions a minute on adult CPR dummies.

Another group watched the video and listened to music with a tempo matching the target compression rate.

The third group watched the video and played a video game to reinforce the target compression rate.

All three groups then tested their CPR skills on dummies.

Most students remembered to call 911, performed CPR in the correct spot and gave high-quality compressions. But those in the music and video game groups more often matched the target compression rate.

The findings suggest that tempo-reinforcing methods such as music and video games may help children perform better CPR, according to the study authors.

They are slated to present the findings Monday at the American Heart Association's annual meeting, in Anaheim, Calif. Research presented at medical meetings is typically considered preliminary, because it hasn't received the scrutiny given to published studies.